– WhatsApp was previously said to be planning to share information with Facebook, a report that lead to online protest

– The company said the new update won’t expand its sharing of information with Facebook, but its policy is different

WhatsApp has announced an update to its terms and privacy policy which the messaging platform said must be accepted by May 15, 2021, if users don’t want to be restricted from some of its services.

Months back, there had been reports that the company plans to force users to share information with Facebook, but according to a statement released by WhatsApp, the new update won’t expand its sharing of users’ data with Facebook. 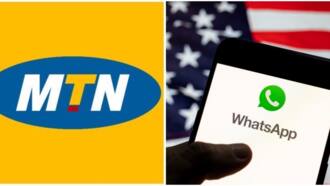 It further stated that:

“We are making changes to our Terms of Service and Privacy Policy that relate to messaging between businesses and their customers on WhatsApp. We are also providing more information about how we collect, share, and use data.

“Our commitment to your privacy isn’t changing. Your personal conversations are still protected by end-to-end encryption, which means no one outside of your chats, not even WhatsApp or Facebook, can read or listen to them.”

“This infrastructure may be owned or operated by our service providers including affiliated companies.” 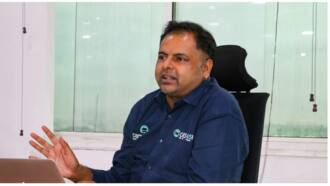 The company said users that want to continue using its chatting app without restriction must accept its update by May 15 or they won’t be able to read or reply to messages, but users will be able to receive notifications and calls.

Users will still be able to accept the new update after May 15, and full functionality will be restored for those who fail to accept before the deadline.

Meanwhile, Legit.ng had previously reported that ban on sim card cost MTN, Airtel, Glo and 9mobile about N1.1 billion within five months. These companies have been unable to register new users.

The Federal Government had banned sim registration since December 2020, citing insecurity as one of the reasons for the decision. The ban was lifted in 2021.

During that period, most of the network providers lost subscribers and couldn’t onboard new ones until a week ago when the government announced that the telcos can now register new aims.