Governor Babajide Sanwo-Olu on Tuesday, April 20 ascent to the anti-cultism law passed by the Lagos state House of Assembly under the leadership of the speaker, Honourable Mudashiru Obasa.

The House, in one of its tweets on Tuesday, noted that lawmakers and other stakeholders in the state, including police command in the state are certain that the law help to promote order and peace for all Lagosians in the face of skirmishes of crime.

Some high points and key facts of the new legislation are given below:

According to the law, a jail term of 21 years awaits anyone found to be a member of a cult group or solicits for members of an unlawful society.

The same punishment goes for persons who attend meetings of a cult group as well as those who carry out acts capable of endangering the lives of residents.

2. The legislation states that 15 years in jail will be meted on persons forming an unlawful society or cult. The same fate will befall anyone who allows a meeting of cultists to be held in any property under his control.

3. For compelling anyone to become a member of a secret cult, a criminal will spend 15 yrs in jail. If violence leading to physical harm is used for this purpose, the punishment will be a jail term of 25 years.

4. One is regarded as a cultist if he or she is found with insignia, banner, documents, or any other item belonging to such an illegal group.

5. When a suspected cultist is found with a firearm or a person who is armed is caught in the process of trying to compel someone else to join a cultist group, they will be made to face a 15- year jail term. 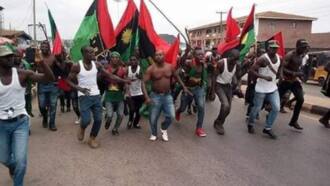 6. It is 21yrs for you if, as a member of a secret cult or such illegal group, you set fire or use any deadly object in such a manner as to endanger the health and/or property of any person(s). Such deadly objects can also be acid or any potent chemical.

7. You are also liable to a 21-year jail term if, as a suspected cultist, you arrange or order a fellow cultist to avenge, retaliate or injure anyone within a premises in the state.

8. If you are a student, you can only join associations registered with the student affairs department of your educational institution.

9. As a student, if you join any such unlawful groups, you are liable on conviction to a term not exceeding two years imprisonment. 10. If you protect a cultist, you have committed an offence that can land you 15 years imprisonment.