Singer Davido never finds it hard to make time for his children even out of his extremely busy schedule as a superstar.

Just recently, the Jowo crooner spent some time with his firstborn child, Imade, and this time around they didn’t just chill at home.

Davido decided to take his daughter out for some ice cream treats and he shared pictures and videos on his Instastory channel.

One of the videos captured the little one making her selection at the ice cream stand as the singer supervised her order. 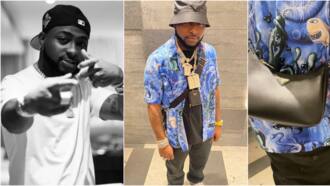 To make the day even more special, Davido decided to join Imade at the table where she got busy with the bowl of ice cream.

A video of the doting dad and his daughter got members of the internet community gushing over the both of them.

Check out the clip as seen on Instagram below:

Read what some fans had to say:

“David is too romantic❤❤.. Chaii chioma my sister.”

Just some days ago, Legit.ng reported that the music star took to his Instastory channel with pictures showing Imade at his Lekki residence.

Apparently, the young girl had hosted some of her friends to a play date at her father’s mansion. Davido shared a photo showing Imade and her friends around his snooker table. 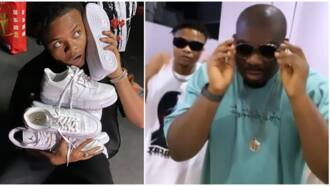 In the caption of his post, the singer teasingly noted that he is finished.