– Wizkid recently had an interview with Tony Elumelu Foundation

Nigerian singer, Ayo Balogun, professionally known as Wizkid, is unarguably one of the most successful musicians to ever come out of Nigeria and Africa as a whole.

In a recent interview with Tony Elumelu Foundation, the Joro singer opened up about his life as a successful music superstar and some of the things that have helped shape him into the man that he is. 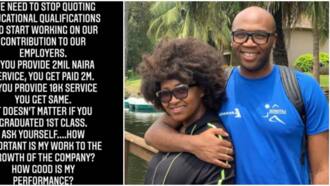 Wizkid who revealed he does not joke with his craft, says he tries to elevate his music and work every chance he gets. About some of the lessons learnt which have helped him to become a success, the singer had this to say:

The father of three talked about dealing with external pressure. The singer stated that it fuels him into going for what he wants. 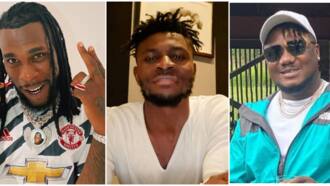 Footballer Obafemi Martins calls for calm, says issue with Burna Boy and CDQ has been resolved

On business tips learnt, Wizkid had this to say:

“Always be open-minded, always keep your ears to the ground because you never know where a good business is going to come from. I always listen to everyone, I pay attention to everything. I try to process everything more than once. I take my time before I make any decision.”

Meanwhile, a video on the official page of Wizkid’s 3rd son Zion has got people gushing with love for him.

The video showed the little boy being carried by his mum whose face didn’t show. The little boy was calling out grandad, and soon he was spotted before an older man.

As soon as Zion spotted the man, he jumped for joy while his grandad stretched out his arms and carried him. 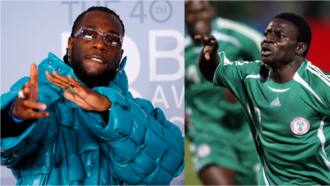