Ole Solskjaer who is the manager of Premier League giants Manchester United has confirmed that Paul Pogba will not be available for their game against Crystal Palace on Wednesday, March 3.

But the Norwegian tactician stressed that Uruguayan striker Edinson Cavani could make a return to the first team which will be a boost for Manchester United.

Manchester United have been without the former Paris Saint-Germain striker for their last foue games due to a muscle problem he had.

According to the report on Daily Mail, Ole Solskjaer stated that Edinson Cavani has trained with the team and he is in right frame for the coming Premier League tie. ”We’ve had a training session this morning. Of course it was a light one.

”We’re looking OK. There’s a couple of doubts for tomorrow that we have to give as much time as possible.

”Edinson trained, he joined in so that’s good. Let’s hope there’s no reaction after the session. Hopefully he will travel with the squad.”

Meanwhile, Manchester United are currently occupying second position on the Premier League table with 50 points and they are 15 point behind leaders Manchester City. 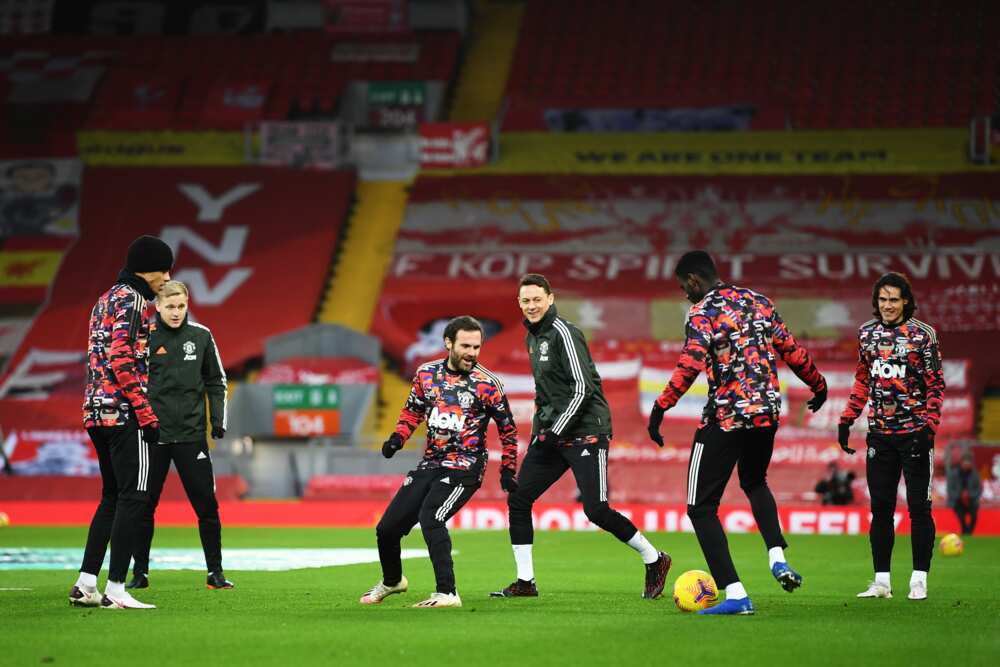 Earlier, Legit.ng had reported how Manchester United are confident that their record signing Paul Pogba will shun interests from other clubs and sign a new deal to remain at Old Trafford beyond the summer of 2022.

Real Madrid and Juventus are the two leading European giants interested in the French World Cup winner but the Red Devils have refused to allow him to leave. The midfielder is currently out injured since he picked up an ankle injury during his side’s 3-3 draw against Everton earlier this month.

According to the report, the 27-year-old’s agent Mino Raiola revealed back in December that his time at the club was ‘over’.

The 53-year-old was criticised heavily for the timing of his announcement as it was on the eve of a crucial Champions League game against RB Leipzig.