– The 36-year-old missed the games against Southampton, Atletico Madrid and Man United but could be up for selection at Anfield

Thiago Silva has returned to full training after missing a couple of games for Chelsea due to injury problems, Mirror.

The Brazilian was not available for the Blues when they faced Southampton, Atletico Madrid and Man United in their crucial matches in February.

The 36-year-old suffered a thigh injury during Chelsea’s win over Tottenham in the early part of last month. 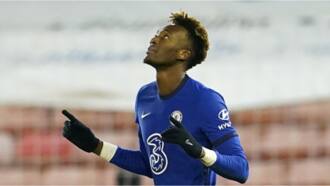 However, the former Paris Saint-Germain star is in a race against time to make the trip to Anfield to face the Premier League champions.

The team did not do badly when Silva was away on the sidelines as Thomas Tuchel’s men have kept four clean sheets and conceded two goals in his absence.

Tuchel remains unbeaten since he took over fromFrank Lampard in January and Silva’s inclusion into his squad will further boost his chances of not losing against the troubled Jurgen Klopp’s side.

Chelsea are back in contention for a top-four finish as they are currently in fifth position on the Premier League standings.

Callum Hudson-Odoi who had a bandage wrapped around his thigh during the draw against Man United could also be available for selection against the Reds.

The Blues lost to Liverpool by 2-0 at Stamford Bridge under Lampard in the first half of the season but the resurgent side under Tuchel will be looking to get a better result at Merseyside. 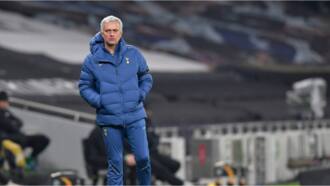 Meanwhile, Legit.ng had earlier reported that Brazilian defender Thiago Silva who currently plays for Premier League giants Chelsea has stated clearly that he has a gadget in his house which is helping him to maintain his fitness.

Thiago Silva is no doubt one of the best defenders in the world considering his achievements over the years most especially when he was playing for Paris Saint-Germain.

Since joining Premier League side Chelsea from PSG, the 36-year-old has been impressive for the Blues in all competitions.