Frank Lampard’s coaching job at Premier League side Chelsea is now under threat as the Blues’ chiefs have reportedly drew a 4-man shortlist in which one would be picked as replacement.

This latest decision by the Stamford Bridge landlords came following their embarrassing defeat against Manchester City in a Premier League game.

Chelsea’s defeat against Manchester City at Stamford Bridge has also sent the Blues out of the top five teams on the Premier League table after 17 games played so far this term.

The loss against the Citizens also means that Chelsea have now won just one game out of their last six Premier League fixtures in which the Blues’ chiefs are not happy with.

According to the report on Mirror, Chelsea chiefs are considering hiring one among the likes of Thomas Tuchel, Max Allegri, Brendan Rodgers and Ralph Hasenhuttl.

Thomas Tuchel was recently sent out at Paris-Saint-Germain, while Max Allegri is still looking for another work after being sacked at reigning Italian champions Juventus.

Brendan Rodgers and his wards at Leicester City are currently occupying third position on the Premier League table and it will be hard for him to leave the Foxes.

Frank Lampard last season replaced Sarri at Chelsea and he failed to win any title even though the Blues qualified for the Champions League.

The Englishman and his Chelsea players will be facing Morecambe in their next game which will be in the English FA Cup on Sunday, January 10. 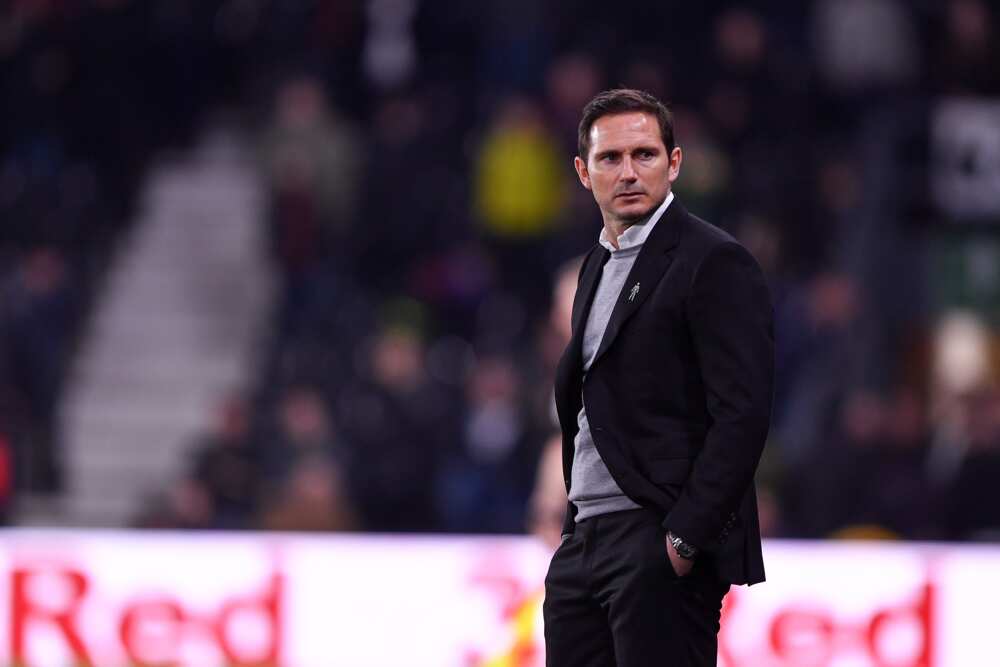 Earlier, Legit.ng had reported how Chelsea are enduring one of the club’s worst starts to a Premier League season following their 3-1 defeat to Man City on Sunday evening, January 3.

Ilkay Gundogan broke the deadlock in the 18th minute before Phil Foden and Kevin de Bruyne found the back of the net to complete the route.

Callum Hudson-Odoi, who only came on as a substitute in the second half scored Chelsea’s consolation as the home side was condemned to a comprehensive defeat.