Panic as Supercomputer predicts who will win Premier League and it is bad for Liverpool, Spurs

Liverpool’s chances of retaining the Premier League title this season suffers a major setback following their 1-0 defeat to Southampton at St Mary’s Stadium.

Danny Ings’ second-minute strike was all the home team needed to claim maximum points and deny the Reds a chance to extend their lead to three points on the table.

Despite playing one game more, the Merseyside are joint table toppers with Manchester United ahead of their EPL meeting at Anfield on January 17.

However, the race to win the Premier League has continued to hot up as no single club seems to be running away with the title like Liverpool did last term. 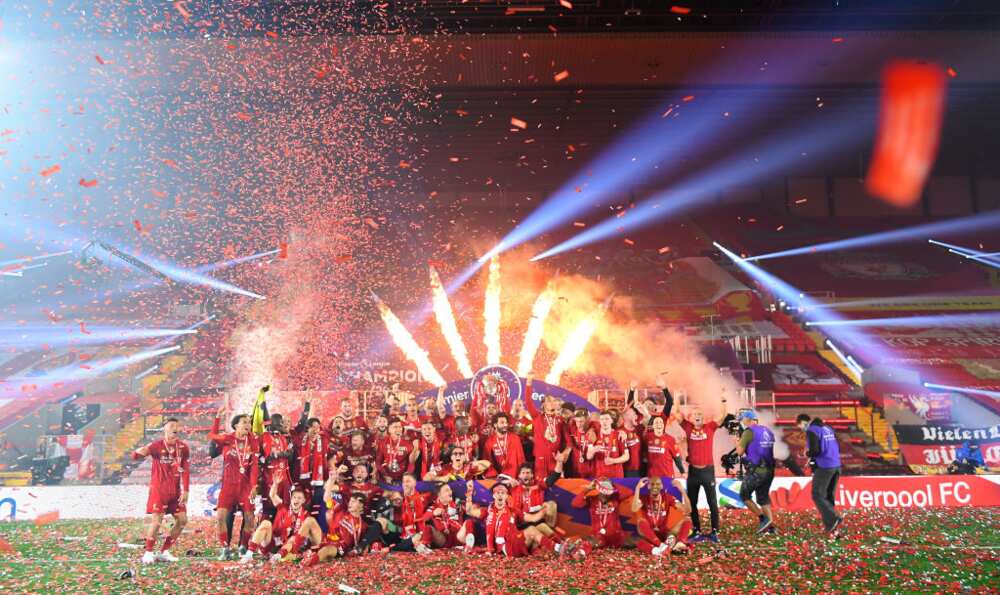 Apart from the Reds, Manchester United, Tottenham, Manchester City and Leicester City – even Southampton and Everton – are still in contention for the trophy.

And this is an indication that the silverware could swing towards the direction of any of the contending teams at the end of the season.

According to the Mirror, Jurgen Klopp’s men will end up with 80 points – the same as Tottenham Hotspur but with a better goals difference.

Manchester United have been tipped to finish fourth, narrowly beating both Leicester City and Aston Villa, who will finish fifth and sixth respectively.

Man United legend Roy Keane feels delighted with the display of the Red Devils in recent weeks, but is still backing Liverpool to win the title. “On the title? I’m sticking with Liverpool. I think City. I think United are doing really well.

“It’s certainly the most exciting looking leagues we’ve seen in the last 15-20 years. There’s also Leicester,Tottenham. The top two I said a couple of months ago and I’m going to stick with Liverpool and City.”

As it stands, Liverpool and Man United are joint top leaders with 33 points apiece but Ole Gunnar Solskjaer’s men have played a game less.

Legit.ng earlier reported that Liverpool have confirmed the departure of Canadian professional footballer Liam Millar who has joined Charlton Athletic on loan.

The 21-year-old forward made the loan move to Charlton Athletic after signing a new deal with Liverpool and needed to move so as to get active playing time elsewhere.

Under Jurgen Klopp at Liverpool, the trio of Mohamed Salah, Roberto Firmino and Sadio Mane have been superb for the Reds upfront and it will be hard for any forward to break in.