Nollywood actor Odunlade Adekola’s younger brother called Jethro Oyekanmi has taken to his official Instagram page to share a piece of good news with his fans and followers.

Jethro, who is also an actor, revealed that he started the year 2021 on a good note.

According to him, his brother Odunlade gifted him with a brand new car on Monday, January 4th. 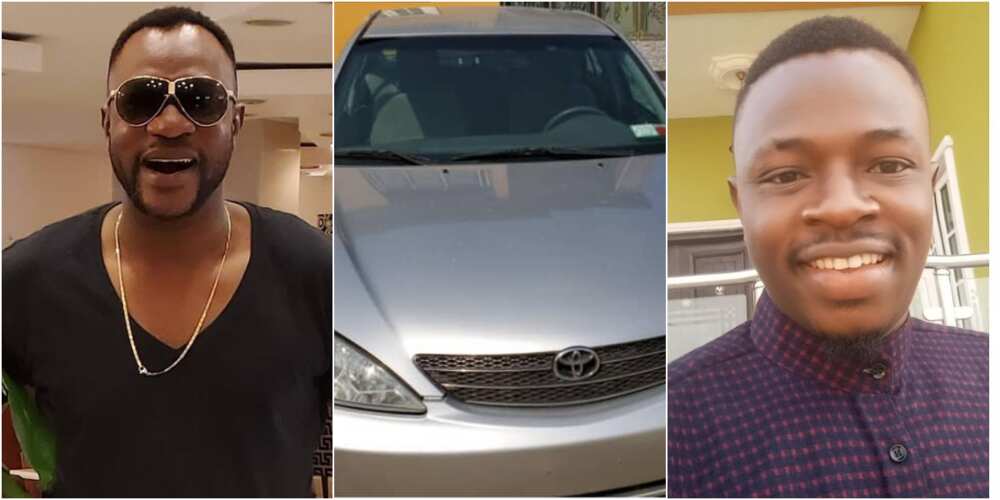 Jethro said he started a company called Surprise on Sunday, January 3rd. According to him, his brother surprised him with the car gift the following day.

He went on to pray for his fans that they will also receive a surprise that will make people rejoice with them.

The film star also prayed that his brother Odunlade will never know sorrow in his life.

Read what he said below:

“What a great gift to start a new year… I started a surprise on the 3rd of January named @karamosurprises and I received a surprise the following day what a mighty God we serve… Before the end of this month you will receive a surprise that people will rejoice with you (amen). Amb. @odunomoadekola will never know sorrow in Jesus name (Amen).”

In other news, Legit.ng earlier reported that Nollywood actress Kemi Korede was surprised with a brand new car as a Christmas gift.

The film star had gone for a meet and greet with some fans and customers of a skincare brand which she is an ambassador.

However, Kemi was surprised with the car gift upon getting to the venue of the event. A video posted on her page captured the moment she got emotional after the announcement that the car which was parked belongs to her.