Premier League club Manchester City have joined race to sign Real Madrid legend Sergio Ramos who is yet to agree on a new deal with the Spanish giants.

The Citizens are weighing up a possible bid for the defender according to fresh reports from Spain as the 34-year-old’s contract expires at the end of the season.

ESPN claim that City are already monitoring the player’s situation and as soon as there is a hint that the defender is leaving Los Blancos, they will make their move.

However, Real believe they will get the player to commit his future to the club as they expect him to sign yet another contract.

Ramos has reportedly demanded a fresh two-year contract from his club and Real are willing to comply with the idea, but they believe the demands in wages is hefty for the club.

“When a player wants to stay that means a lot. With Sergio Ramos, I see him staying for many years.

“He’s looking after himself well and I’m not surprised about what he’s achieving.”

City join Manchester United in being linked to the 178-capped Spain international.

Madrid boss Zinedine Zidane is looking to keep the player for longer time but is seems his mind is already made up. 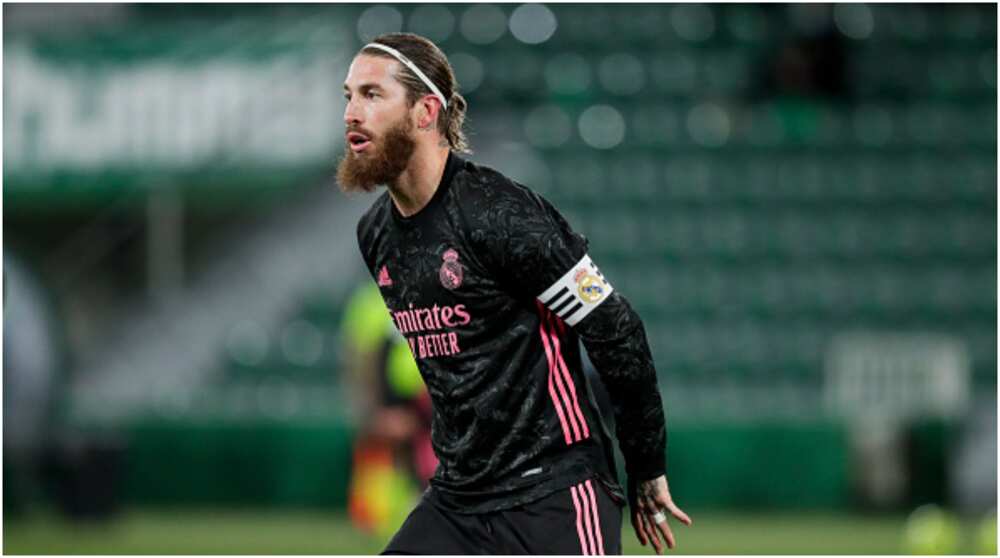 The defender has spent a staggering 16 seasons in Madrid since signing from Sevilla in 2005 and has played over 650 games for the Spanish giants and been integral to five La Liga wins, four Champions League titles and many more trophies.

But Real Madrid president Florentino Perez hinted in November that Ramos could indeed leave the club in 2021.

Meanwhile, Legit.ng earlier reported that Juventus might allow Paulo Dybala to leave if he further delays in signing a new contract in the coming days.

The Argentine’s current deal with the Old Lady expires in the summer of 2022 and all efforts to get him to extend have failed.

Though the Turin-based club has offered him an improved deal valued around £6.2 million-a-year, yet, the midfielder seems unsatisfied and the Italian League champions have decided to end their relationship with the player should the problem persist.