– A chieftain of APC in Enugu, Ayogu Eze, has said that two southeast governors would soon join the party

A chieftain of the All Progressives Congress (APC) in Enugu state, Ayogu Eze, has said that two more governors in the southeast would soon dump their parties for the ruling party.

The Sun reports that Eze, who was the governorship candidate of APC in the state in 2019, spoke at the weekend when he presented gift items to the party members for the New Year in Enugu.

Legit.ng gathered that he expressed the optimism that the APC would form the next government in Enugu state if the members put their acts together. 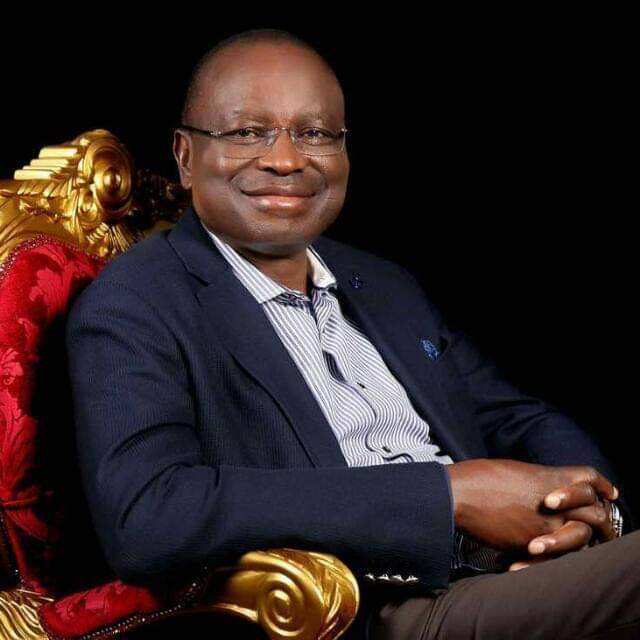 “A new dawn is about to begin for APC if we play our card well, we will be in a position to form a new government in Enugu state. We need to lay a good foundation, and if we do, in 2023, APC will form the next government. We are now realigning, we are talking to our brothers and friends in other parties.

“I also want you to know that on behalf of the leaders, we are not relenting, we are talking to our friends across parties, across other divides; you can see APC is becoming like a beautiful bride in the southeast, Ebonyi has fallen, Imo has fallen, and I can predict to you that one or two more states will fall very soon.”

The APC chieftain said the president of Igbo extraction was possible with the commitment of members from the geo-political zone, adding that the people of the zone must work for it. 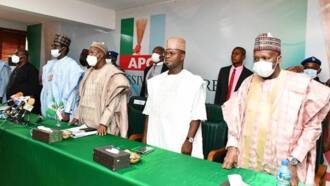 Meanwhile, Legit.ng had previously reported that the APC broke silence on the alleged attempts to lure Governor Okezie Ikpeazu of Abia state to join the party, with the ruling side describing the speculations as mere rumours.

It was reported that the Abia state chairman of the party, Donatus Nwankpa, said the issue of the governor “defecting or not joining APC is immaterial” to it.

In another report, the discussion on which zone produces President Muhammadu Buhari’s successor in 2023 is unarguably one of the topical issues in Nigeria’s political space at the moment.

The report said that while the southwest, and recently the north again, have shown interest in producing the next president, the southeast appears to be the most invested in the 2023 presidency.

The zone rightfully argues that it is its turn to produce Buhari’s successor as it is the one zone yet to produce a president since Nigeria’s return to democracy in 1999.