– Information minister, Lai Mohammed, accused bodies such as ICC and Amnesty of adding to Nigeria’s burden in the bid to end the war against insurgents

The Federal Government of Nigeria has claimed that some foreign bodies such as the International Criminal Court (ICC) and Amnesty International (AI) are frustrating Nigeria’s moves to end the activities of terrorists in the country.

The minister of information and culture, Lai Mohammed, made this claim on Monday, January 4 while addressing a press conference in Lagos, the nation’s business capital.

According to The Nation, Mohammed accused ICC and AI of demoralising Nigeria’s military by making themselves into a fighting force.

He noted that it is frustrating to the federal government to be fighting on several fronts besides the terrorists and bandits.

The government will no longer take being used as pawns in the games being allegedly played by the international bodies, Mohammed warned. 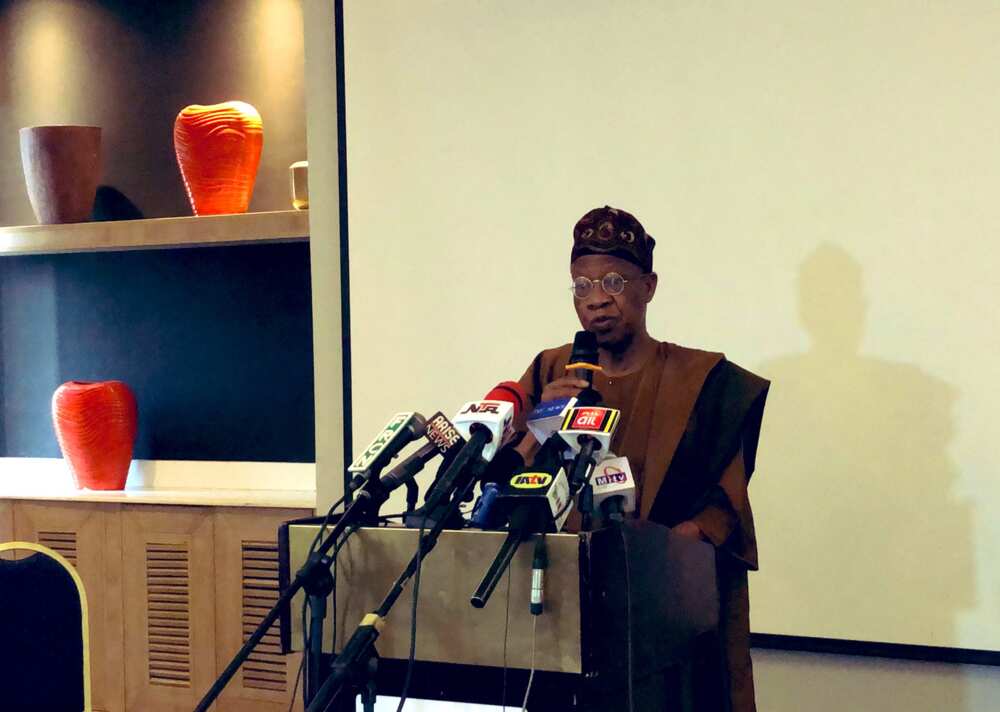 “The Federal Government frowns at this unbridled attempt to demoralize our security men and women as they confront the onslaught from bandits and terrorists.

“Nigeria did not join the ICC so it can become a pawn on the court’s chessboard. It beggars belief to see that a nation that is fighting an existential war against bandits and terrorists is constantly being held down by an international body, which it willingly joined.”

In a similar vein, Legit.ng also reported that the federal government on Monday, January 4, promised Nigerians that the country will witness improved security in 2021.

This is what we will do to Boko Haram, others in 2021 – Nigerian Army boasts

Information minister, Lai Mohammed said at the same press conference that President Buhari has continued to provide the armed forces and other security agencies with what is required to function better.