Chelsea will hope to bounce back to winning ways for the first time since last month when they welcome Manchester City to Stamford Bridge for a super-Sunday Premier League encounter.

Frank Lampard’s men have failed to win any of their last two EPL encounters – having lost 3-1 to Arsenal on Boxing Day, and two days later settled for a 1-1 draw with Aston Villa.

The outcomes of the games ensured they slipped to the sixth position on the table with 26 points after 16 rounds of matches.

And it could get even worse for them as they face a City side that has not lost any game since November 21 when they suffered a 2-0 defeat to Tottenham Hotspur. 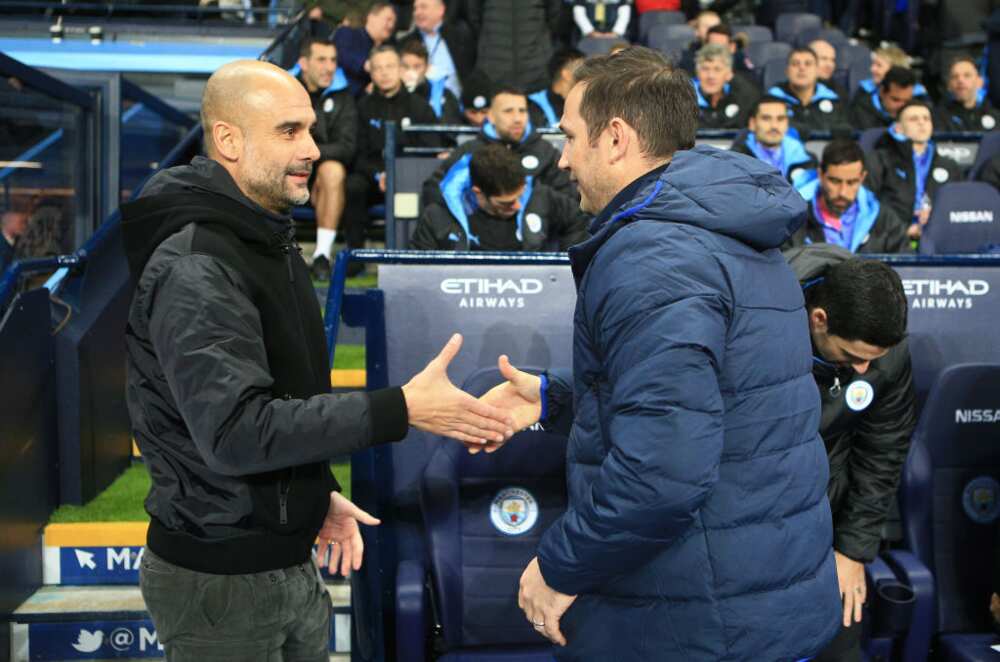 Meanwhile, the London club must start winning games to stand a chance of contending for the top prize this season.

Although the visitors might be disadvantaged with five of their players set to miss the game for various issues, the game will definitely go on.

Meanwhile, Chelsea will also be without right-back Reece James after aggravating his hamstring injury in their 3-1 Boxing Day defeat away at Arsenal according to Daily Star.

Hakim Ziyech is equally doubtful for the meeting after recently returning to the team from a hamstring problem in the Blues’ 3-1 win at home to Leeds on December 5.

At the moment, Lampard has no substitute for Edouard Mendy who will definitely be in goal for the home team this evening.

The Blues legend is expected to maintain his back four of Cesar Azpilicueta, Kurt Zouma, Thiago Silva and Ben Chilwell.

N’Golo Kante and Mason Mount are also expected to start in the midfield alongside Mateo Kovacic ahead of both Kai Havertz and Jorginho.

The trio of Tammy Abraham, Callum Hudson-Odoi and Christian Pulisic should lead the Blues attack as they search for their first win since December 26.

Legit.ng earlier reported that Chelsea are desperate to bring in a formidable goalkeeper and latest reports have it that the Stamford Bridge club is already in talks with AC Milan No.1 shot-stopper keeper Gianluigi Donnarumma.

Frank Lampard’s side recently signed Edouard Mendy to the team, but in their quest to win the Premier League, they have now turned to Donnarumma.

Chelsea blogger Simon Phillips claim that the Stamford Bridge side has contacted the Milan goalkeeper whose contract will lapse at the end of the season.