Man shows off his handiwork as a hair stylist without shame, shares photos, ladies ask for his location

– Reacting to the arrest, ex-senator Shehu Sani said the arrest was of no help to the image of the nation and its constitutional democracy

Shehu Sani, a former senator who represented Kaduna Central in the 8th Senate, has criticised the arrest of a former presidential candidate, Omoyele Sowore.

Sowore was reportedly arrested by the Nigerian police in the Federal Capital Territory (FCT), Abuja.

The presidential candidate in the 2019 election was nabbed along with other activists for leading a procession tagged crossover protest in the early hours of Friday, January 1, 2021, in Abuja.

In a message shared on his Twitter page on Saturday, January 3, Sani said when peaceful protesters are treated in an uncivilized manner, it does not help the image of the nation and its constitutional democracy.

According to him, the door of the new year has been opened with a hammer instead of a key. 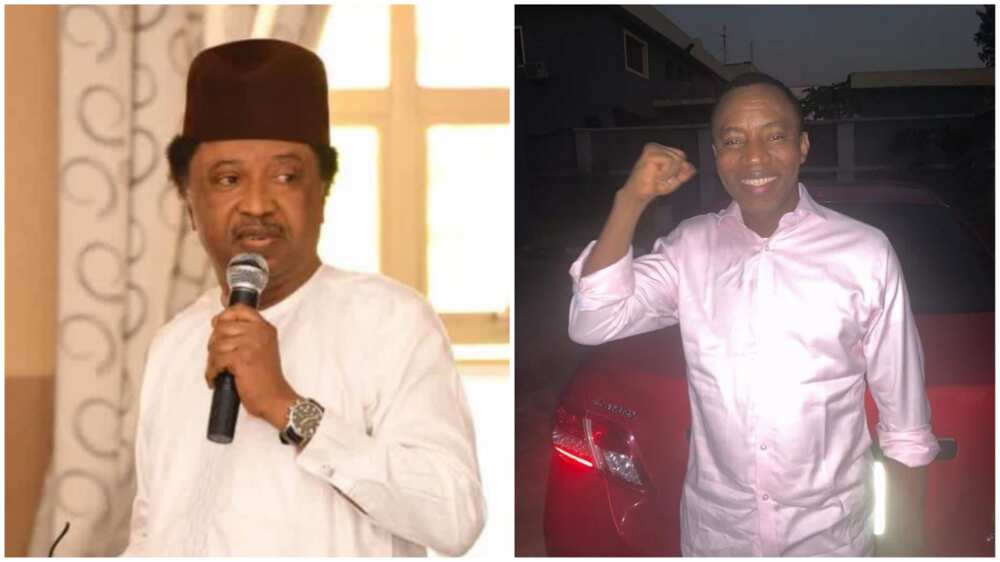 “The case of Sowore; it’s unhelpful to the nation’s image and its constitutional democracy when peaceful protesters are treated in the most cruel and uncivilized manner by the state apparatuses.

“The new year’s door is opened with a hammer instead of the key.”

In no time, Nigerians were spotted in the comment section sharing their opinion.

Omooba For Real with the Twitter handle @ForOmooba commented:

“Sowore is reaping the fruits of the discord he sewed during Jonathan’s administration. I love the God of Jonathan’ who is compensating his friends and enemies based on their contribution.”

Another Tweep with the handle @KabiruMisali wrote:

“Sowore deserves more than that treatment from the security personnel. I expect them to play hardball on him. You too, like him suffered or is suffering the haunt from gut-wrenching defeat of 2019. But you didn’t do as he does.” On Thursday, December 31, Sowore had called for a crossover protest. He told those interested to pick up a candle and a placard showing their grievances against the current government.

This is not the first time the activist will be arrested by the Buhari-led administration. He was detained for over 100 days in 2019 for calling for a protest tagged #RevolutionNow.

Sowore was released on Tuesday, December 24, following an order by Nigeria’s Attorney-General of the Federation and Minister of Justice, Abubakar Malami (SAN), for his freedom.