Mario Balotelli on fire, scores incredible goal on debut for his new club against big opponents

Former Manchester City striker Mario Balotelli was in great form on Wednesday night, December 30, as he scored fantastic goal for Monza on his debut in win against Salernitana.

The encounter was a Serie B game in which Mario Balotelli proved that he is still one of the best strikers in the world.

Mario Balotelli actually joined Monza this month as a free agent in which the club’s chiefs were happy that the former Italy international teamed up with them.

He wasted no time in getting used to his surroundings netting with his first touch after getting on the end of a back post cross from Carlos Augusto.

His goal for Monza was an incredible one and Balotelli is now expected to help the club in their quest to get promotion to the first division at the end of the season.

According to the report on Daily Mail, the 30-year-old is happy with the chance he got to play for Monza even though they are campaigning in the second division.

”I thank the president Silvia Berlusconi and Adriano Galliani for this opportunity. I will do everything to help Monza reach Serie A.” 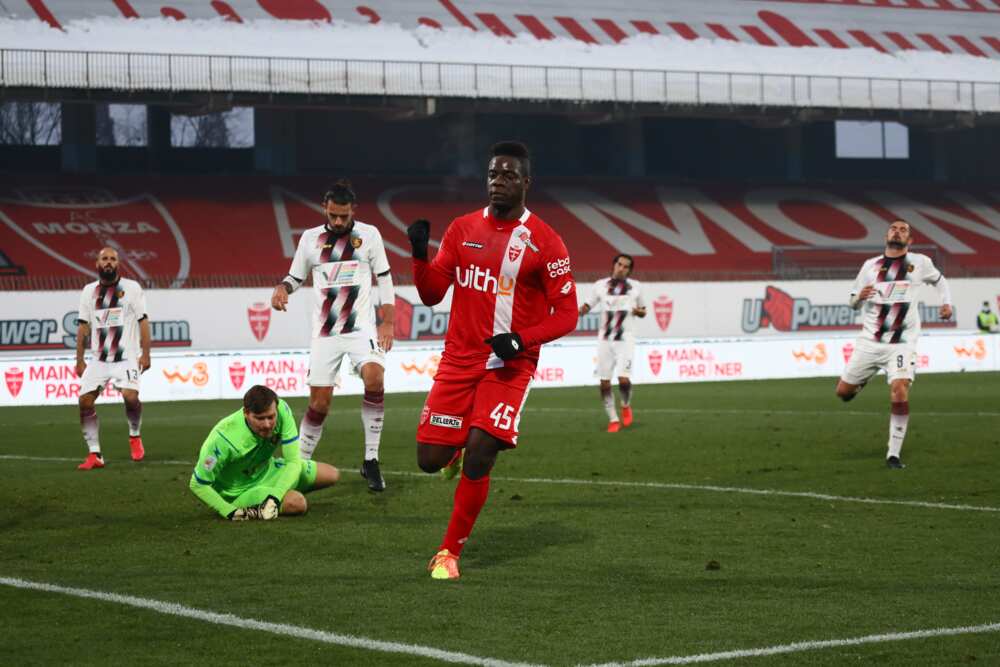 Monza vs Salernitana: Mario Balotelli scores on his debut in 3-0 win for the hosts.
Photo by Mairo Cinquetti
Source: Getty Images

The 30-year-old striker has been without a club after parting ways with Serie B outfit Brescia Calcio in the summer.

Balotelli has now been offered a valuable chance to revive his unstable career – a club co-owned by Silvio Berlusconi and Adriano Galliani.

Meanwhile, the ninth-place Monza said in a statement that the club chief is looking forward to seeing the player in the colours of their outfit.

The former Manchester City, Liverpool and Nice is expected to undergo his medical at the club’s complex on Monday, December 7 before eventually signing the dotted lines.

Spanish online news platform AS reports that the deal will see the Italian forward represent the club until June 2021.