– In the video, he started off by pointing out how people got hitched in 2020

As the year 2020 draws to an end in a few hours, many people have taken the opportunity to look back at all the things they’ve achieved and couldn’t achieve in the last 12 months. 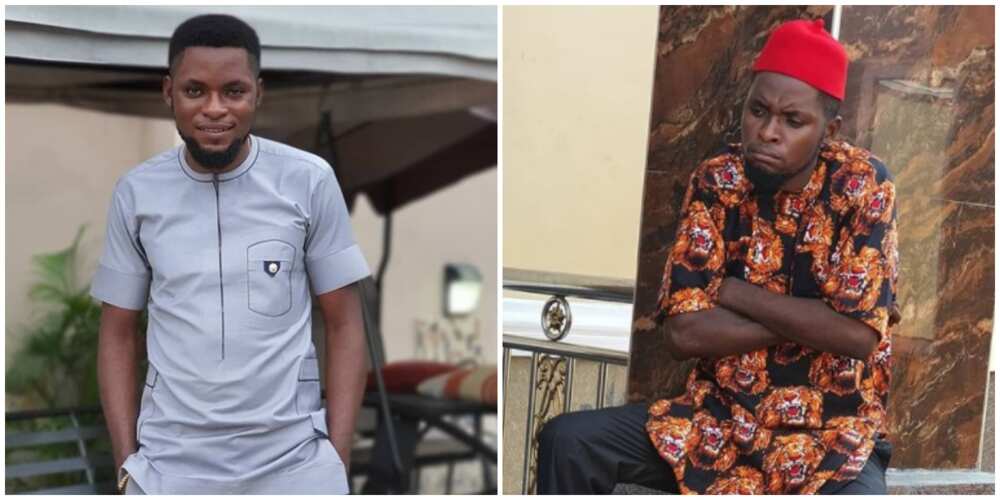 In the video, the comedian spoke about how many people got into relationships that ended in marriages and how a particular internet fraudster he knows got his dad a house and another one for his sister.

While the video seemed like it held more exciting words, Mark abruptly slapping his own face as he reminded himself to mind his business, had people laughing.

Meanwhile, popular child comedian, Emmanuella, has finally opened up on why she built a house for her mother and how she was able to do it.

The 10-year-old star had left many people impressed after she unveiled the beautiful house she built for her mother, on social media.

Emmanuella also cracks a joke about her mom’s spiritual status as she promised that the mansion she will build for her next year will not make them go to hell.

In other news, it appears it is all love for singer Wizkid’s first two baby mamas, Sola Ogudu and Binta Diamond Diallo, so much that they even exchange gifts.

Sola who is the mother of Wizkid’s oldest son, Boluwatife, recently took to her Instastory to share a photo of a luxury watch she received from Diallo.

She expressed how much she loves her gift as she called Binta the sweetest baby girl.