– Nigerian singer, Davido, is in Ghana and he is definitely having a good time

– The father of three was recently spotted with Ghanaian singer, Stonebwoy’s daughter

– The singer described the little girl as a beautiful soul

Nigerian singer Davido looks like a great father who knows his way around kids, and they love him back.

The music star who has been in the news lately since he got to Ghana has been chilling and having fun. 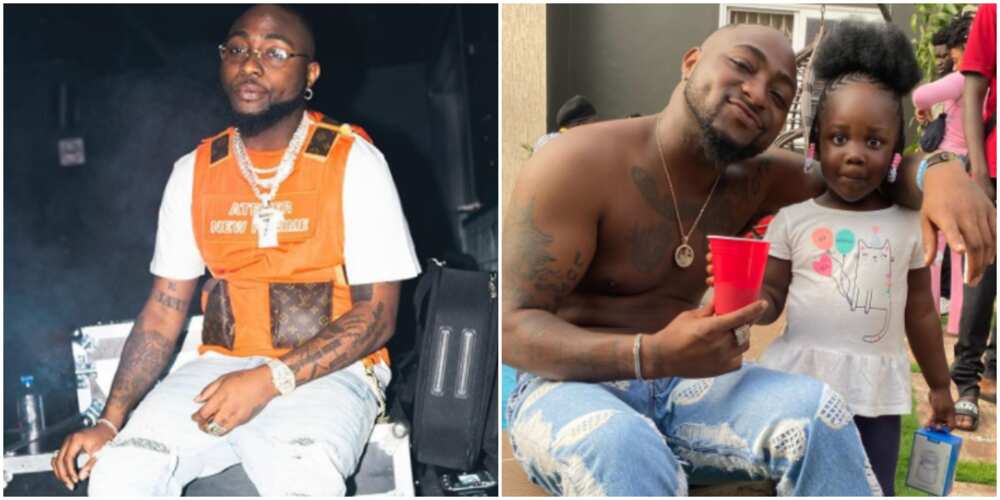 In a post shared by @AkpraiseMedia on Twitter, the father of three was spotted with Ghanaian singer, Stonebwoy’s daughter.

Davido struck several poses with the cute girl by the poolside and even gave her a drink.

The singer quoted the tweet, noting that Stonebwoy’s daughter is a beautiful soul.

Here’s what people had to say about the photo: 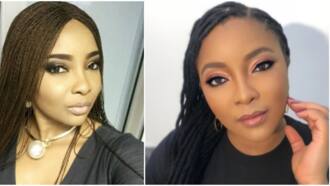 “Omo if na me, na to frame this picture for future sake.”

“She is too beautiful.”

“The best father award goes to you David.”

“Davido is a loving daddy. So. Normalcy.”

“Hope no be alcohol dey that cup.”

Meanwhile, Legit.ng reported that Davido took to social media with another comment in regards to his recent clash with Burna Boy.

The past few hours on social media have been riddled with heated debates among fans of Nigerian singers Burna Boy, Wizkid, and Davido following the ugly incident that went down in Ghana.

However, moments after Davido tweeted saying he would eventually leave the music industry, the singer has been motivated to approach the matter again after reading a comment from one of his fans. 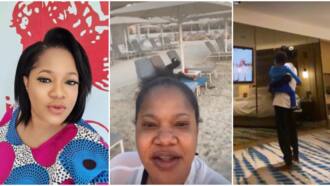 Davido has not called me back, Jude Okoye lied about so many things – Cynthia Morgan | Legit TV