The Premier encounter between Tottenham and Fulham might not hold due to fears of the pandemic that has reportedly rocked the Cottagers.

Spurs have been on a winless run in the league in four matches and Jose Mourinho’s quest to return his team back to winning ways may have suffered a huge setback.

The match is scheduled to kick off in the next few hours at the Tottenham Hotspurs Stadium but it looks impossible as Mourinho has raised concerns over the availability of the away side. 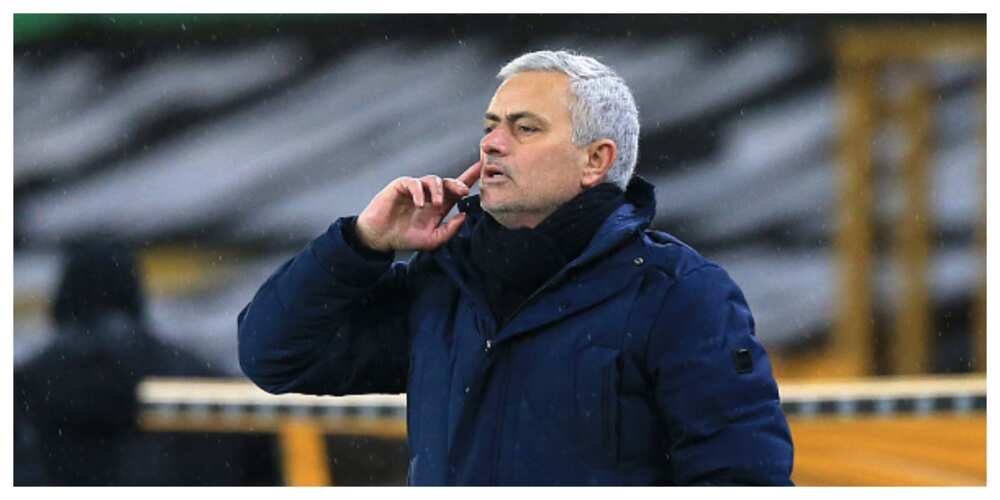 Tottenham vs Fulham EPL clash set to be canceled due to coronavirus fears.
Photo by Lindsey Parnaby
Source: Getty Images

It is understood that there has been an outbreak of the deadly disease in the camp of Fulham, but authorities have not commented on whether the London derby will go ahead.

Mourinho posted a video on Instagram of himself and his team waiting around the training ground, waiting to get confirmation if the match would go as planned.

“Match at 6pm… We still don’t know if we play. Best league in the world.”

Fulham boss Scott Parker had to spend time at home after somebody within his household tested positive for the virus.

The game between Everton and Man City was called off due to the pandemic and the London derby looks like another match that will be canceled.

Meanwhile, Legit.ng had earlier reported that Everton’s Premier League fixture against Manchester City has been postponed due to coronavirus fears.

According to reports from Sky Sports, several members of the City squad tested positive for the virus in the build-up to the clash.

Defender Kyle Walker and striker Gabriel Jesus were already confirmed to be positive cases last week along with two other members of City’s staff but several other unnamed players also contracted the virus.