After losing US presidential election, Donald Trump beats Obama to become most admired man in 2020

– First the first time, President Donald Trump became the most admired man of the year

– Trump was chosen by 18% out of 1,018 respondents, beating ex-president Barrack Obama who has has held the top spot for the past 12 years

The United States president Donald Trump has become the most admired man of the year, according to a Gallup poll released on Tuesday, December 29.

The American president beat his predecessor Barrack Obama in the annual survey which asked Americans to choose any living man around the world they admire most.

Out of 1,018 respondents, 18% of them chose President Trump. Obama, who has topped the list for the past 12 years, was chosen by 15% of respondents, Business Insider reports. 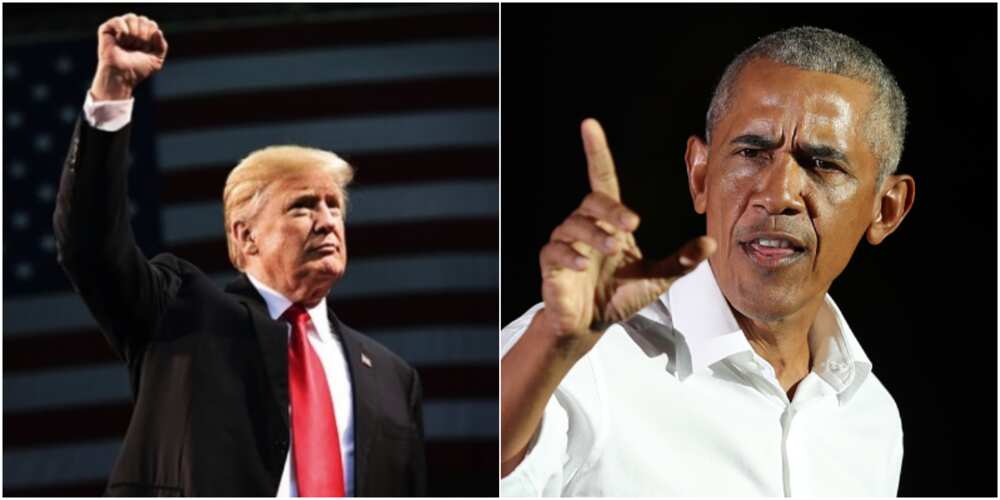 Trump finally defeated Obama mainly because of GOP support as 48% of Republicans named him in the poll.

Obama, Biden, Fauci and other prominent public figures in 2020 were voted for by Democrats who participated in the poll.

In a previous report by Legit.ng, a former president of Nigeria, Goodluck Jonathan, congratulated the US president-elect, Joe Biden, and his vice,

In a congratulatory message shared on his Facebook page, the former Nigerian leader described the election as historic and .futuristic. 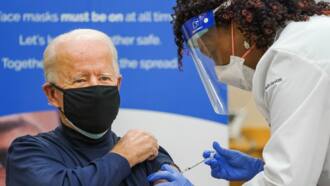 Jonathan expressed optimism that Biden would provide national and global leadership that would set the post COVID-19 world on a path of peace and prosperity.