– The woman said that she is not in any way sad that her marriage failed, adding that she is, however, better off

– While many applauded her bravery, others quested why she would a four-year dating would result into a crash so quickly

A woman with the Twitter handle @ChiamakaObuekwe has reflected on the traditional wedding she did three years ago and how she is ashamed that the marriage ended.

In series of tweet on Monday, December 28, the woman said that there are many think partner should know about marriage before they go into it.

@ChiamakaObuekwe said that her marriage only lasted a bit over a year. After her white wedding in January 2018, she parted ways with her husband in February 2019. After man ‘bought’ a house, he proposes to his girlfriend in front of it with style, the lady’s reactions got people talking (photos)

She, however, told people that marriage is beautiful and she had a taste of it for the period her marriage lasted, adding that how long a marriage will be is not dependent on the period of courtship.

@ChiamakaObuekwe shared some lessons on why her marriage ended. She mentioned communication, looking out for signs, not going to bed angry, acknowledging the imperfection of one’s partner, and considering one’s mental health among others.

The young lady wished herself a happy “3rd no-tradiversary”, thanking people for reading her thread on marriage.

Below are some of the reactions on her tweets:

“Do allow me to add one more thing to your very detailed counsel and that is ‘PRAY TOGETHER’. As trivial as it may seem, it might very well be the most important. Couples must learn to ‘PRAY TOGETHER’.” 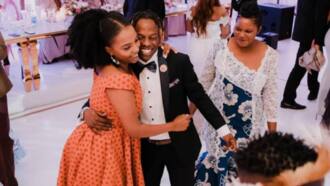 Marriage or not, I’m staying – Lady declares as she celebrates 12 years of relationship with boyfriend, here’s what people say

“About 4 years dating. About a year married and then it hit the rocks. This Marriage thing no get particular formula las las.”

“A lot of people overlook sacrifices and compromises, in the sense that having a win win situation is better than being the winner all the time. Be ready to admit that you cannot be your spouses only source of happiness.”

Meanwhile, Legit.ng earlier reported that a 23-year-old Nigerian man from Kano state, Suleiman Isah, seems to have proved that love happens irrespective of age with his marriage to Janine Anne Reimann who is 46 years old. 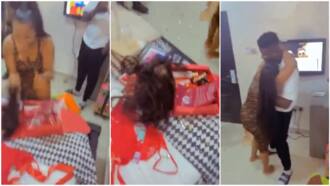 Their wedding Fatiha happened on Sunday, December 13, as the couple was blessed in the presence of their family and friends in Gasau Panshekara area of Kano state.