Erwin Bach biography: What is known about Tina Turner’s husband?

– Another Nigerian has become the latest victim of kidnappers

– This time, a Catholic bishop in Owerri, Imo state was the victim of the criminals

Hours after Mathew Kukah lamented the state of the nation, Nigerians have welcomed another disheartening news about the country that shows that nobody is safe in the country.

In this latest news, Auxiliary Bishop of Owerri Catholic Archdiocese in Imo state, Moses Chikwe. has been kidnapped by gunmen.

According to Premium Times, the cleric was abducted at the World Bank area of Owerri, the state capital. He was reportedly kidnapped with his driver. 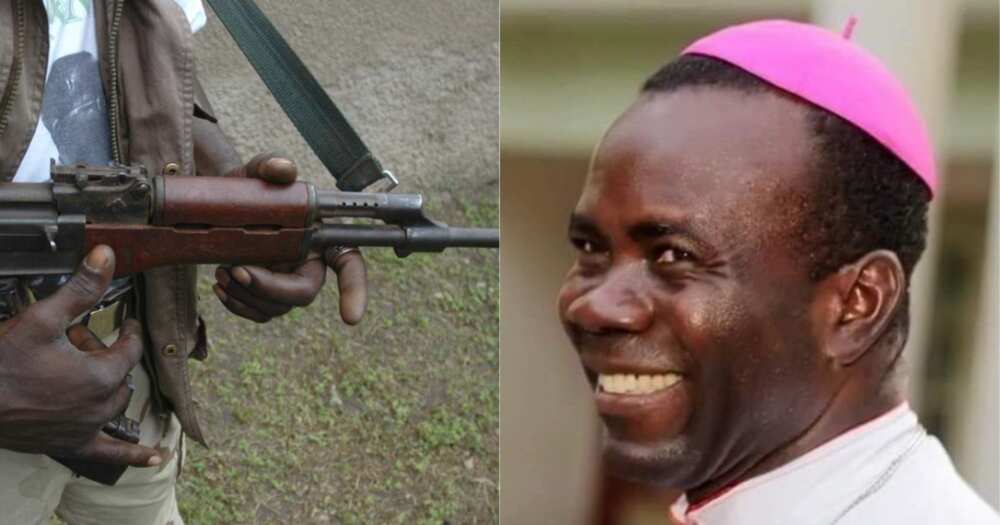 According to the news outlet, the bishop’s car and official regalia have been found near the Assumpta Cathedral in Owerri.

The Catholic secretariat of Nigeria said the Archbishop of the Diocese, Victor Obinna, confirmed the kidnap.

The church consequently called for prayers for the safe return of Chikwe.

Meanwhile, Legit.ng had reported that in a move that will surprise many observers, the catholic church has defended Bishop Catholic Diocese of Sokoto, Matthew Kukah against those who are criticizing him.

Kukah had in the state of the nation message delivered on Christmas Day accused President Muhammadu Buhari of nepotism.

This has however not gone well with Buhari’s supporters and the All Progressives Congress (APC) who have all come out against the respected cleric for castigating the present administration.

Legit.ng had also reported that Apostle Emmanuel Egoh Bako, and his wife, Cindy, have regained freedom from the criminals that kidnapped them recently.

Recall that they were abducted on Christmas day when gunmen invaded the Albarka Prayer Camp at Fadan Kagoma near Kafanchan in Jema’a local government area of the state.

Samuel Aruwan, a commissioner in the state broke the news of the release to the press.