Frank Lampard’s disappointing results with Chelsea could cost him his job as the London club are reportedly looking elsewhere for a manager.

The Blues have managed just one win in their last five Premier League matches, dropping points to Everton, Wolves, Arsenal and Aston Villa.

Lampard’s men are now sixth on the log and reports coming from Germany claim that the club are now in search of a replacement for the English manager. 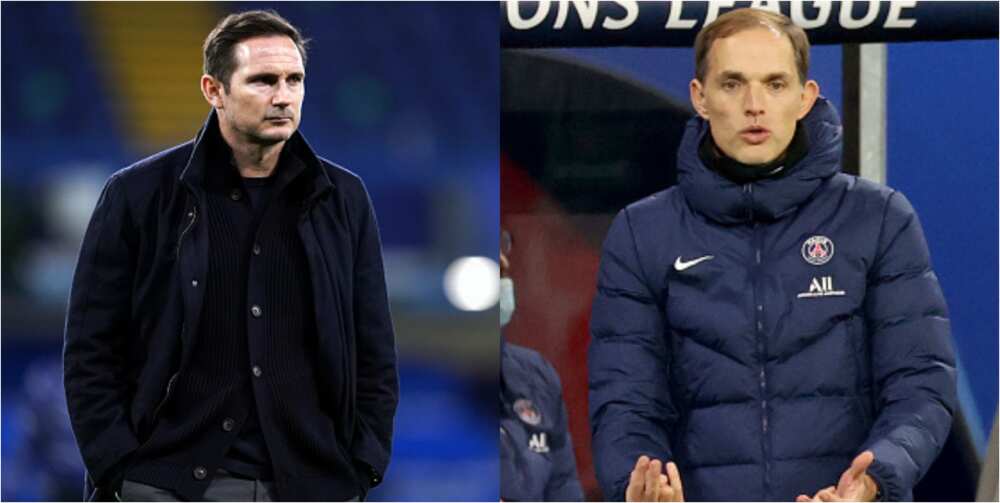 According to Bild quoted by Sport Bible, Thomas Tuchel who recently lost his job at Paris Saint-Germain has been lined up as Lampard’s replacement.

The German boss was relieved of his duties after PSG’s recent form in Ligue 1 saw them drop to third position on the table.

And the situation at Stamford Bridge suggests that Lampard has come increasingly under pressure following the 1-1 draw with Villa at home.

Chelsea surrendered a one-goal lead as a second-half equalizer from Anwar El Ghazi saw the Villans earn a point at West London.

Lampard’s next game would be against Man City at Stamford Bridge and anything less than a win for the English boss could cost him his job.

Meanwhile, Legit.ng had earlier reported that Frank Lampard believes Chelsea would have got the result against Aston Villa if it were to be a month ago and admitted his side are going through a difficult period, Mirror.

In a post-match interview, Lampard admitted things are not rosy at Stamford Bridge at the moment.