Diego Costa is no more a player of La Liga side Atletico Madrid after both club and player accepted the termination of his deal at the Wanda Metropolitano.

The Spanish striker who returned to Rojiblancos in 2018 has not been able to nail a starting shirt since the arrival of Luis Suarez from Barcelona in the summer. 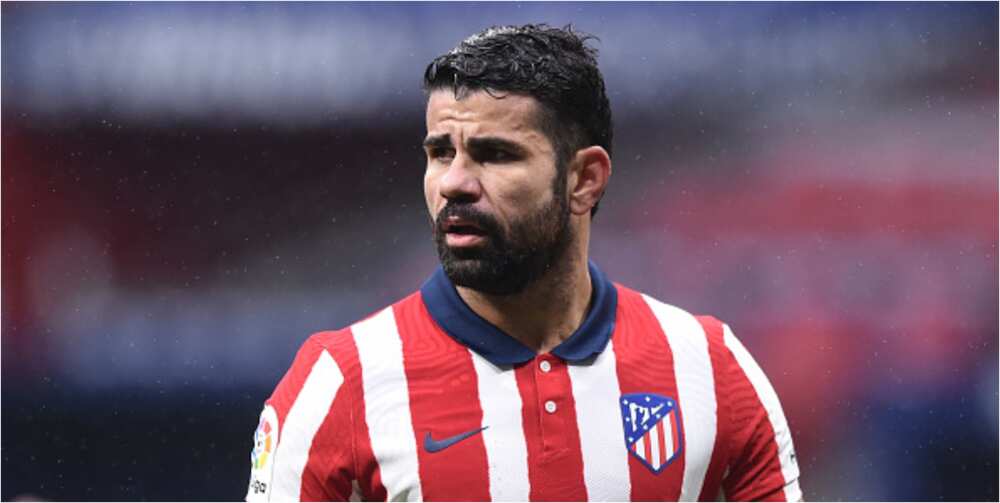 Costa wants more first-team action to boost his chances ahead of Spain’s campaign at the Euro 2021 tournament next summer.

And according to Spanish news media outlet El Mundo, the 32-year-old forward agreed to leave under the agreement that he would not join rival clubs including Real Madrid and Barcelona.

The former Chelsea striker will be fined €25million if he fails to comply with the agreement with Atletico but would be paid the remaining €3.2m of his contract of he moves elsewhere.

Costa had a brilliant first spell with the Madrid-based club after joining them in 2010 from Real Valladolid where he helped them to win their first La Liga title in many years.

He scored 64 goals in 135 games in his first stint before joining Chelsea in 2014 and landed a Premier League title in his debut season.

Meanwhile, Legit.ng had earlier reported that Desperate Diego Costa has demanded that his contract with Atletico is torn up, however the Spanish club have vowed to keep him until the deal lapses.

The club has insisted that the player will receive as much as £23million fine if he signs for Real Madrid or Barcelona.

The former Spain and Chelsea striker whose contract expires at the end of the season wants the deal terminated as soon as possible for what he described as personal reasons.