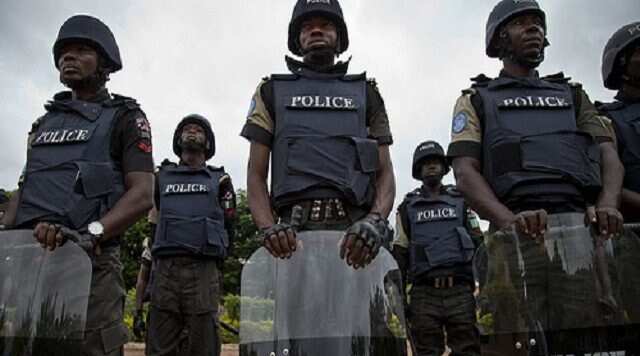 Conference of Nigeria Political Parties (CNPP) has described as “unjust, partial and anti-democratic” the withdrawal of police officers attached to 16 out of 18 registered political parties, whom by their own special circumstances are susceptible to kidnappings and assassinations.

The Inspector-General of Police (IGP), Mohammed Adamu, had recently ordered the withdrawal of police officers attached to all Very Important Persons (VIPs) across the country with immediate effect but retained those attached to government houses, President of the Senate and Speaker House of Representatives.

However, in a statement signed by its Secretary General, Chief Willy Ezugwu, the CNPP said, “in case the Inspector General of Police is not aware just as they applied to stop the #EndSARS probe without his knowledge, we hereby draw the attention of his office to this ugly development where 16 political parties which are statutorily entitled to police protection were left vulnerable to all forms of attacks by criminal elements.”

“For us in the political parties’ leadership, we will not be worried if the withdrawal of police officers attached to all VIPs is universally implemented, with government houses, President of the Senate, Speaker House of Representatives, and businessmen denied security.

“But a situation where government houses, President of the Senate, Speaker House of Representatives, businessmen, and two of the 18 registered political parties, specifically, the All Progressives Congress (APC) and the Peoples Democratic Party (PDP) have police officers attached to them, while 16 political parties were left without police protection is unacceptable.

“For avoidance of any doubt, let it be known that all the registered political parties are equal before the law and must be treated as such by all institutions of government, including the police force.

“Why would the police authorities prefer to be dealing with businessmen rather than institutions recognized by law like the political parties, who have the right to ask for police protection?

“Is it asking for too much for political parties who are entitled to be protected to request for police personnel to be attacked to them at this time of gross insecurity?

“Why is the Inspector-General of Police approving the attachment of police to businessmen but is quick to deny 16 registered political parties the same treatment? Is it because the businessmen have money to pay?

“What justification does the Police authorities have to exempt 16 political parties out of 18 registered parties in Nigeria from police protection? Is it because the APC and PDP are very rich?

“When has security become an enterprise? Has it become a matter of cash to be secured?

“The CNPP wonders why the approving Police authorities chose to monetize security of lives and properties of 16 political parties who are equally entitled to be protected.

“We therefore call on the Inspector General of Police to urgently redress this anomaly and ensure that all political parties get equal police protection in view of the precarious security situation in the country”, the CNPP stated.