– Riqui Puig could be moving to the Premier League next year

The 21-year-old midfielder has been out of favour with Ronald Koeman since the arrival of the Dutchman in August.

He has made just four appearances across competitions so far this campaign and it doesn’t look like it will get better for the youngster soon.

The 57-year-old is looking to bring Liverpool star Georginio Wijnaldum to his squad when his deal with the Anfield outfit expires next summer. 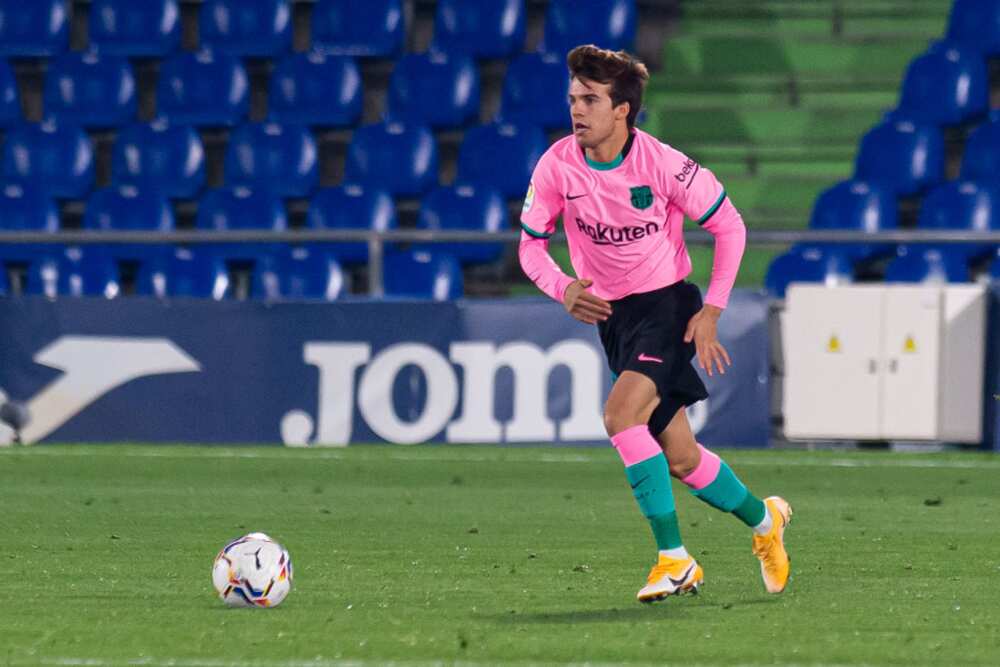 Coach Mikel Arteta has now joined Leeds United in the chase for the Spaniard whose deal also expires at the end of this season.

The North Londoners have lacked a creative midfielder since they froze Mesut Ozil out of their squad and Puig appears to fit the bill of the kind of player they want in their team.

Both Arsenal and Leeds will be allowed to speak with the player once the winter transfer window opens next month.

The Emirates Stadium outfit had their spies assess Puig before taking apart their international scouting network according to SunSport.

Meanwhile, the Gunners might have reservations about Puig’s ability to make an instant impact after being stung by Denis Suarez’s wretched loan spell two years ago.

Barcelona boss Koeman has already accused the academy graduate of not working hard enough to win a place in the team, saying:

“I like people who work every day to improve, and who take opportunities with both hands. Sometimes it’s not just about quality. There may be players who don’t do enough in training for the coach to give opportunities.”

The Catalans are also looking to sign Memphis Depay after the departure of Luis Suarez in the summer.

Legit.ng earlier reported that Folarin Balogun could be departing Arsenal football club as a free agent as reigning Premier League champions Liverpool are keen on making a move for the star.