– Some northerners are now itching for restructuring in the country

There have been calls for the restructuring of the Nigerian state in a lot of aspects from many regions in the country.

One of those who have lent their voices to the call is the Northern Elders Forum (NEF) a prominent socio-cultural group that has also spoken against the current presidential system.

In an interview with Vanguard, the convener of the forum, Professor Ango Abdullahi, stated that at the moment the northern region wants a return of the parliamentary system, as according to them, the presidential rule has divided the country.

“Today, we may appear to have a federal system of government but we are truly not because these federating units are not viable, they are not functional, they are only functional from one point.

“Maybe we talk about the even more complicating factor that moved us from parliamentary that was quite democratic to the current so-called presidential system of government.”

The convener said that in order to achieve this, some persons in the region have begun moves to engage persons for talks in the direction of restructuring. 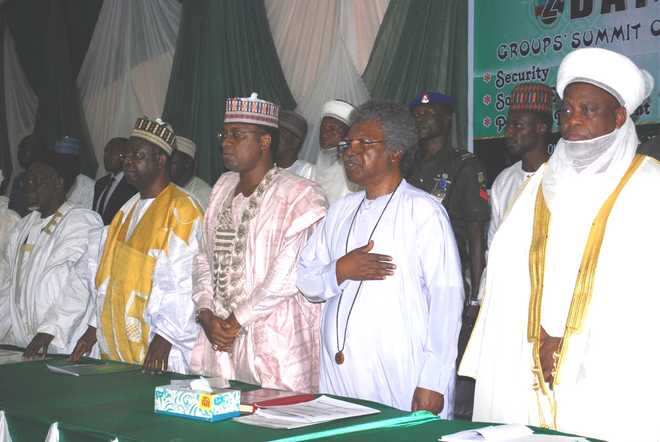 The NEF has claimed that the presidential system has failed Nigeria
(Photo: Premium Times)
Source: UGC

He noted that “many groups in the North are ready to engage in serious discussions as to how to reshape the Nigerian state to something that is better for not only now but also for the future generations that will be coming behind us.”

Meanwhile, the NEF had backed the founder and general overseer of the Redeemed Christian Church of God (RCCG) Pastor Adejare Adeboye on restructuring, saying Nigeria was becoming a failed state.

Hakeem Baba-Ahmed, the NEF spokesperson, made the position of the forum known while speaking on a live television programme in Lagos on Tuesday, October 6.

According to him, it was high time Nigeria restructured to address the political loopholes and the grievances of some regions in the county.

The NEF’s position came after notable socio-political groups in the country including Afenifere, Ohanaeze and others backed the RCCG founder on the expedient need to address the national grievances through restructuring.