Specifically, he said Kukah described Islam as a violent religion.

He said this in reaction to Kukah statement about the state of the nation. Akintola who described the bishop as a first-class blackmailer also blamed him for tackling Buhari.

“We are shocked to our marrows by the vitriolic attack launched yesterday by Rev. Hasan Kukah against Islam as a religion. The Catholic Bishop of Sokoto Diocese referred to Islam as a violent religion. He also surreptitiously called for a coup against a democratically elected government of President Muhammadu Buhari whom he falsely accused of nepotism.” 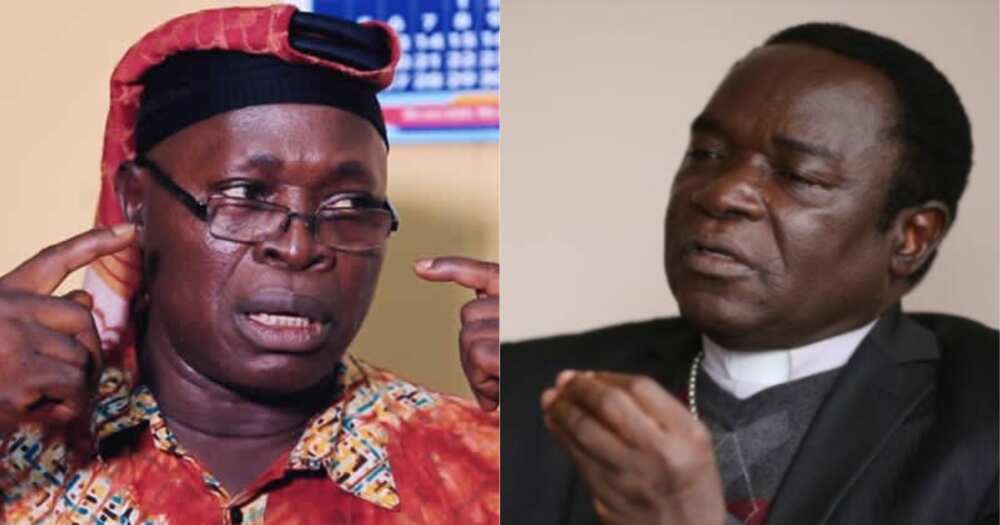 “This is a most irresponsible pronouncement and we will not allow it to go unchallenged. Kukah’s statement is reckless, inflammatory and unguarded. It is the most egregious, luciferous, serpentine and diabolical statement of the year 2020. Hasan Mathew Kukah is ululating from the wrong side of the pulpit.

“Kukah is in the habit of demonizing and demarketing any president who happens to be a Muslim. In particular, we are most disappointed that such a heavily prejudiced and explosive statement is coming from the secretary of Nigeria’s Peace Committee. His behavior is consistently inconsistent with his status.”