– Lionel Messi is enjoying the holiday in Argentina with his family

The 33-year-old almost walked away from the Catalan club at the end of last season despite having one more season left on his deal with them.

A number of top European clubs were interested in Argentine but City seemed like the most definite destination until he was persuaded to outsee his contract at the Spanish club.

However, the six-time Ballon d’Or winner has just six months left in his deal and he has once again suggested he could leave them at the expiration of the partnership. 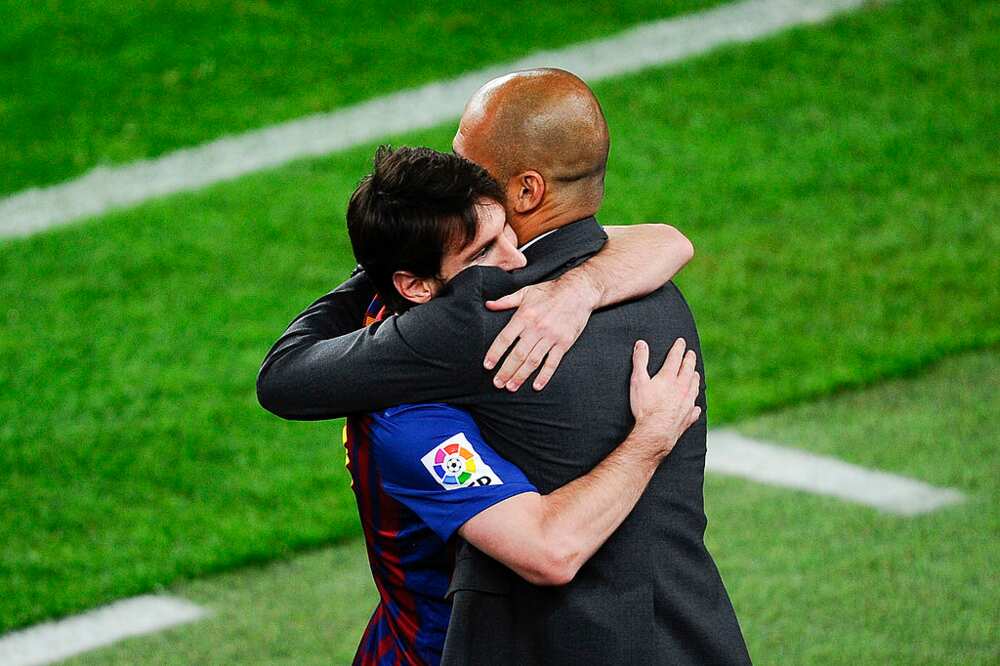 Lionel Messi and Pep Guardiola embracing each other during their time together at Barcelona.
Photo by David Ramos
Source: Getty Images

Messi who is on holiday with his family in his home country describes the Spanish-born tactician as a manager who does things in special ways. Daily Star quoted the forward after speaking with LaSexta.

“Pep has something special. He makes you see things in one way: how he prepares for matches, defensively, how to attack.

“He told you exactly how the match was going to be, how you had to attack to win. I was lucky to train under Guardiola and Luis Enrique, the two best.

“Having them made me grow a lot physically and mentally, and also the tactical wisdom they’ve taught me.”

Messi played for Guardiola and both legends managed 14 major titles for Barcelona within the space of four years the Spaniard was in charge of the Catalan club.

Meanwhile, the 33-year-old recently broke Pele’s record to become the only player with the most goals for a single club after scoring 644th goal in their last game of 2020.

Legit.ng earlier reported that Barcelona captain Lionel Messi has stated clearly that he never thought he would break any record in his football career when he started years back.

The Argentina international started his career in his native country before being spotted by Barcelona scouts who took him to the famous La Masia Academy.

It was at the La Masia Academy that Lionel Messi’s career flourished before he went on to get the chance to play for the senior team where he has won every title in football.