– A number of wrestling stars have since taken to social media to mourn the late Huber, who died aged 41

The 41-year-old died on Saturday, December 26 of a lung issue, although it was not related to COVID-19.

His wife Amanda Huber confirmed that her hubby by family and other loved ones in his final moment on earth in her official statement. She wrote 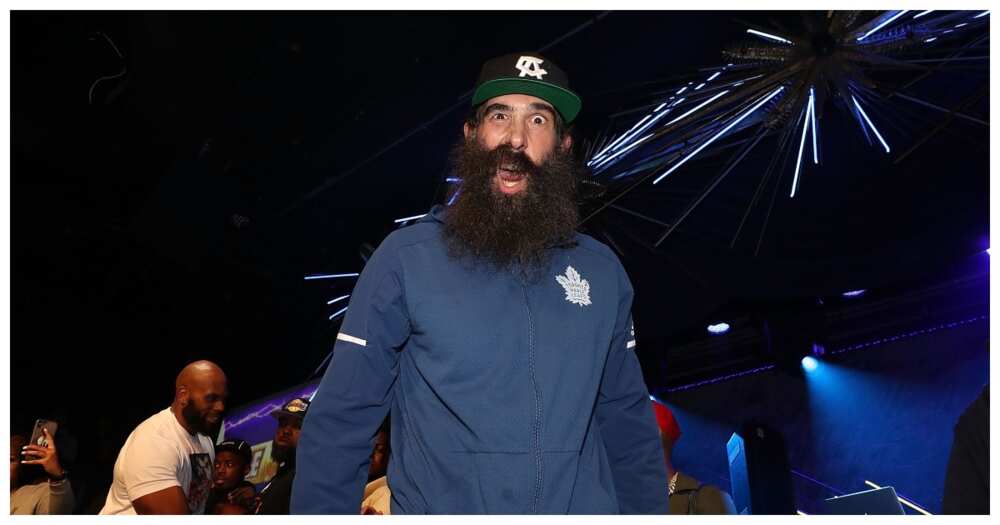 “My best friend died today. “I never wanted to write out those words. My heart is broken. The world saw him as the amazing Brodie Lee but he was my best friend, my husband, and the greatest father you would ever meet.

“No words can express the love I feel or how broken I am right now. He passed surrounded by love ones after a hard fought battle with a non Covid related lung issue.

“The @mayoclinic is literally the best team of doctors and nurses in the world who surrounded me with constant love.”

Huber made a name for himself initially as an independent wrestler, plying his trade on promotions including Dragon Gate and Combat Zone Wrestling.

He then transitioned into the mainstream with WWE as Luke Harper, where he quickly became one of the hottest stars on the platform.

He wrestled in WWE between 2012 and 2019 where he was part of the popular Wyatt family and The Bludgeon Brothers tag team with Erick Rowan.

He then joined the All Wrestling Elite where he worked under the name Brodie Lee but did not feature in any fight since October 7 after losing the TNT championship to Cody Rhodes.

WWE also sent a message of condolence to the Huber family.

“WWE is saddened to learn that Jon Huber, known to WWE fans as Luke Harper, passed away today at age 41.

“Known as both Luke Harper and Brodie Lee in the ring, Huber found success in every stop of his sports-entertainment career, as his soft spoken yet imposing presence helped him create countless awe-inspiring moments in the ring.

Majority of the stars who mourned him on social media described him as a soft-spoken guy with a kind heart.

“Rest In Peace. You were always so nice to everyone and I’ll always cherish our banter and good laughs/times. Please keep their family in your prayers,” All Elite wrestling star Big Swole shared on his Twitter.

Huber’s passing comes barely weeks after the wrestling fraternity lost hall of Famer Pat Patterson. The veteran spent 60 years of his career in the wrestling business and won the first-ever Intercontinental Championship and was the winner of the first Royal Rumble match.

Legit.ng earlier reported that WWE TLC 2020 was the last pay-per-view event of the year as the showpiece two Tables, Ladders and Chairs match at the Tropicana Field in Tampa Bay.

One of the TLC matches saw Drew McIntyre retain his WWE Championship in a Triple Threat Match involving AJ Styles and the Mr Money in the Bank, The Miz.

The SmackDown Women’s titles match between Sasha Banks and Carmella ended in favour of The Boss as she submitted her opponent with The Bank Statement move.