Na lie full your head! – Young man blasts Wizkid who promised to get married in 2020

– A young man recently expressed his disappointment at singer, Wizkid, on social media

– According to the man identified as @AsiwajuLerry, the singer promised to get married in 2020

Nigerian singer, Wizkid, definitely has some explanation to give a fan identified as @AsiwajuLerry, over why he has remained unmarried till the end of the year.

The young man called out the father of three on Twitter after digging up an old tweet he shared on December 24, 2019, where he announced he would get married in 2020. 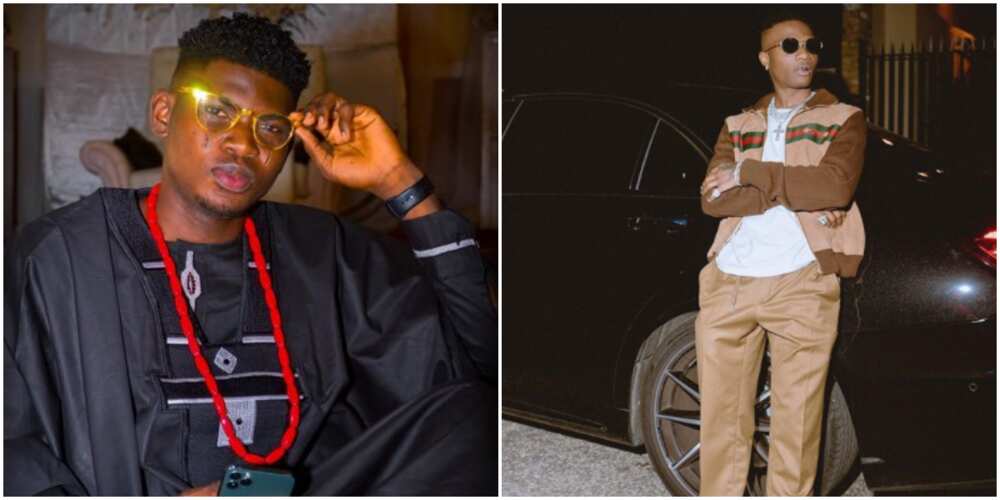 The disappointed fan angrily declared that it was the last Saturday of the year and the music star had a head full of lies.

“Today is the last Saturday of the year. Ayo, Na lie full your head.”

Here’s what some people had to say:

@Harryolah said that he does not feel the singer’s vibe because he lies a lot.

@iam_Demons revealed that Davido and Wizkid are the two greatest liars in the music industry.

@Aduke_olounje stated that the lockdown due to the pandemic stopped the singer from finding true love this year.

Jeffrey stated that it was not by white teeth, as Davido had not won any award to his name this year.

The white teeth drag came from the fact that the father of three who got his teeth whitened recently posted it on social media for all to see.

Fans of Wizkid took to the comment section to amplify Jeffrey’s statement.