UK outlet Mirror via SunSport are reporting that despite Pep Guardiola claiming the midfielder will become a major force at City, Real Madrid are hoping to take advantage of the player’s lack of play time, to sign him.

Foden only had a chance to play a few seconds in Manchester City’s 2-0 home win over Newcastle in the Premier League on Saturday, December 26.

Due to his style of play, many earlier tipped the player to become a natural replacement for club legend David Silva who won 125 Spain caps before joining Real Sociedad over the summer.

Guardiola revealed at the time: “When David said it was his last year I told the board we have Phil, so we don’t have to invest.”

And when Foden missed four England matches for breaking coronavirus rules in September, Guardiola was just as supportive. 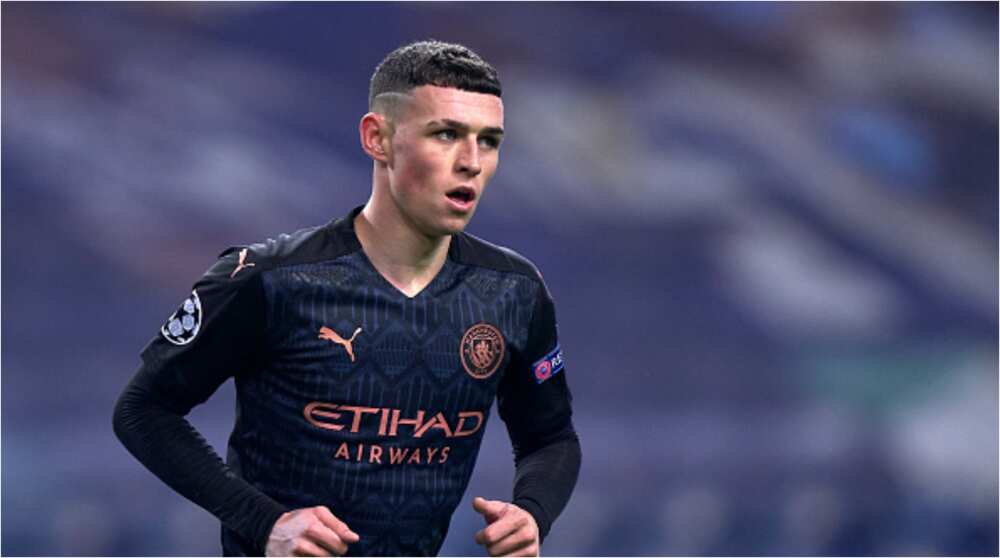 But now it is claimed Real are starting to think Foden could be tempted away – rather than wait and wait for the key City role he was feted for.

Recall that Phil Foden and Mason Greenwood earlier received backlash from their respective clubs after breaking the coronavirus rules while on international duty.

Three Lions boss Gareth Southgate sent both players home and refused them to have any contact with other members of the squad.

Man City released a statement condemning the act of Greenwood, 18, and Foden, 20, as disappointing and inappropriate.

The 33-year-old almost walked away from the Catalan club at the end of last season despite having one more season left on his deal with them.

Messi who is on holiday with his family in his home country describes the Spanish-born tactician as a manager who does things in special ways.