Though the APC is the ruling party, the PDP is also in control of some states in the country. This piece lists the 36 states of the federation and the parties in control of them. 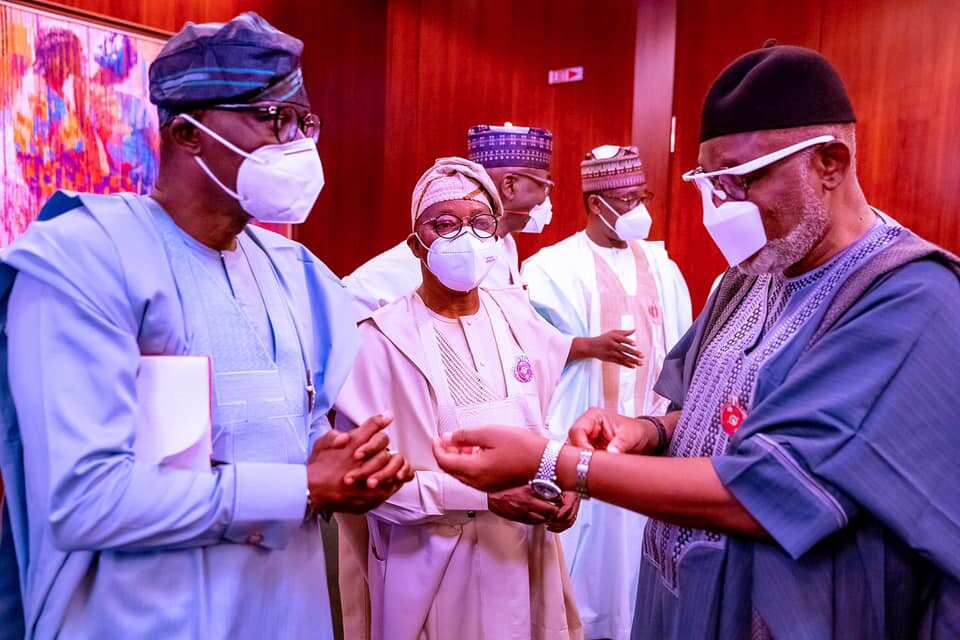 The PDP controls all the six states in the south-south. In the northwest, the APC is in control of five states while PDP rules the remaining two states. In the northeast, both APC and PDP control three states each.

In the north-central state, the APC is in charge of five states while the PDP only controls one state in the region.

In all, the APC is in control of 20 states while the PDP controls 15 states. The remaining state is controlled by the APGA.

Legit.ng notes that the APC lost Edo to the PDP in the last governorship election while it retained Ondo. Also, the PDP lost Ebonyi to the APC with the defection of Governor David Umahi. Meanwhile, amid the rumour about the alleged plan by the governor of Benue state, Samuel Ortom, to dump the PDP, the governors elected on the platform of the APC from the north-central paid a visit to Makurdi.

There were speculations that the governors, who visited Ortom in Makurdi on Sunday, December 20, were at the state Government House to woo their counterpart back into the APC.

However, speaking on the visit, the governor of Niger state and chairman of the North Central Governors’ Forum (NCGF), Abubakar Sani Bello, on Monday, December 21, debunked the speculations.