– Lampard described his side’s performance as not good enough, claiming the players must take responsibiltiy

Chelsea manager Frank Lampard has taken a swipe on the entire Blues’ squad following their dismal performance against Arsenal on Boxing Day as they lost 3-1 at the Emirates.

The furious tactician stated that the team must take responsibility as he ranted that they performed so poorly to miss out on a chance to go second on the standings.

Arsenal spectacularly bounced back to winning ways following their famous victory over their bitter rivals Chelsea.

The Gunners who have failed to record a win in their last ten matches stunned Frank Lampard’s men at their home turf.

Alexander Lacazette, Granit Xhaka and Bukayo Saka scored for Arsenal while a consolation from Tammy Abraham was not enough to bring the Blues back into the game.

Chelsea boss Lampard said after the game, as cited in Dailymail:

“Today was an opportunity to go to a place where they’re having a tough time but you know how that goes. You either make it more difficult for them or you give them a little opening – we did that from minute one and then we continued to do it for 45 minutes and then you get what you deserve.

‘”Lazy giving away a penalty, and a free-kick, I’m very disappointed with way we approached first half.” 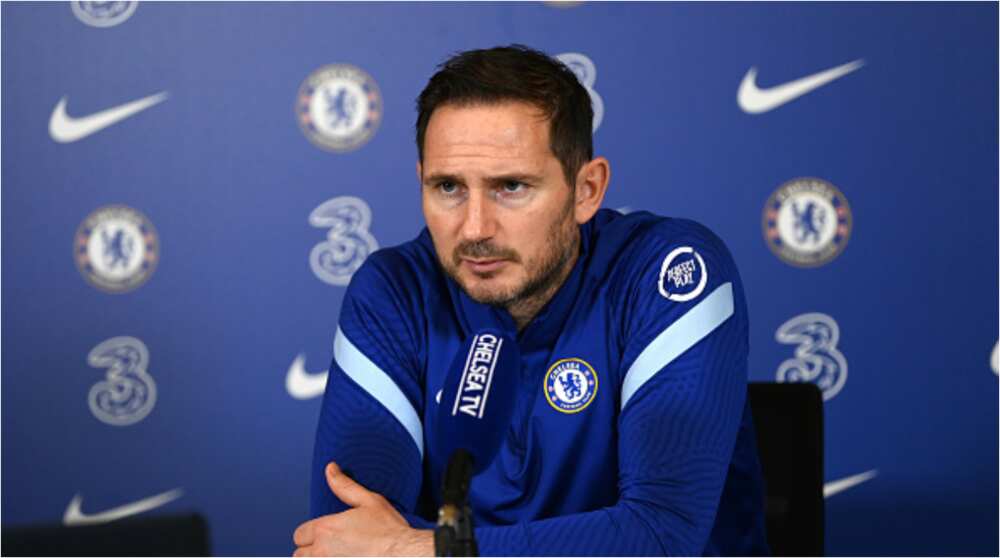 Meanwhile, Legit.ng earlier reported that Bruno Fernandes’ tenth goal of the season against Leicester City makes him the second Portuguese player after Cristiano Ronaldo to score ten goals in a Premier League campaign.

The 26-year-old has become an important member of Ole Gunnar Solskajer’s side since his January 2019 move from Sporting Lisbon.

United’s 2-2 draw at the King Power stadium takes his tally to 14 in all competitions this season and he does not look like stopping from there.

CR7 won three Premier League titles including the Champions League trophy but Fernandes is yet to compete for silverware with the Red Devils.