Even though 2020 turned out entirely different than people all around the world hoped, there were still moments where people got to celebrate love and settle down.

Some Nigerian celebrities got engaged or married, while others did not even drop hints of a relationship.

Unless some of the people on the list Legit.ng gathered suddenly decide to get married on the last day of the year, they are definitely moving into 2021 as single pringles. 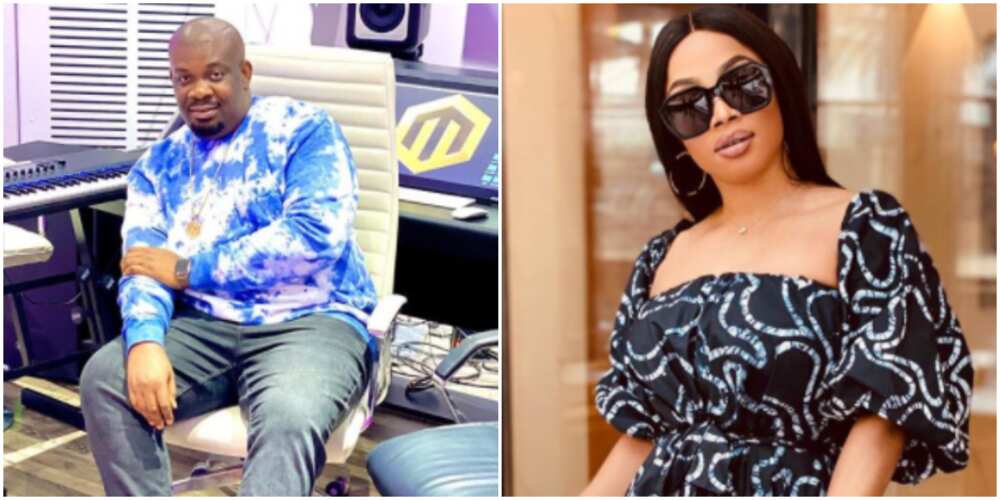 Celebrities who stayed in the singles market for the year 2020
Photo credit: @donjazzy/@tokemakinwa
Source: Instagram

Every fan of the music mogul knows that he had a long crush on Rihanna for years. At no point was there ever proof that he shot his shot at the singer, so his heartbreak came on an international level.

The baby girl for life worked hard despite the pandemic, but we do not know if she did not give love a chance or failed to find.

Hopefully, she will work towards leaving the singles club in 2021.

This Nollywood bad boy is probably waiting for a bad girl to cuff him so that the equation will be balanced, but we think he has been in the game for too long now.

The veteran actress is so coded and low-key, but we know she has not formally announced that she is no longer on the singles train.

Hopefully, we will see her on a different train in 2021.

Nonso is also one of the many eligible men in the movie industry that is yet to settle down. We have no idea what is stopping him from hopping into a relationship, but he better change his ways.

Ever since the split from Teebillz, mummy Jam Jam has clearly focused on her son and her career.

Despite the rumours of secret relationships, the singer has still not shown us her darling.

This handsome young man seems to be comfortable in the bachelor zone, as he issued a strong warning against fans asking him about marriage.

Hold on Alex, when are you really going to marry?

This is one person that we know is single and actively searching. She also revealed that she was still looking for a husband.

Bryan is also another actor who is still enjoying the benefits of being a bachelor, with no hopes of settling down soon, not this year at least.

One thing for sure is that the day this veteran actress leaves her single sisters, many hearts will be broken.

Hopefully, this happens in 2021, so that she can cross to the next level.