Video: Check out what Saraki did on Christmas day, many politicians may be jealous

– Bukola Saraki seems to be in good health condition, his stamina during physical exercise activity has shown

– Meanwhile, Nigerians have encouraging word for him following the video he posted on Twitter

Former Senate president, Bukola Saraki has shown amazing skills that shows that he is in good health condition.

Saraki in a video he posted on his Twitter handle could be seen playing table tennis with vigor.

“Thankful for good health in these trying times. Enjoying the end of the year with my family.” 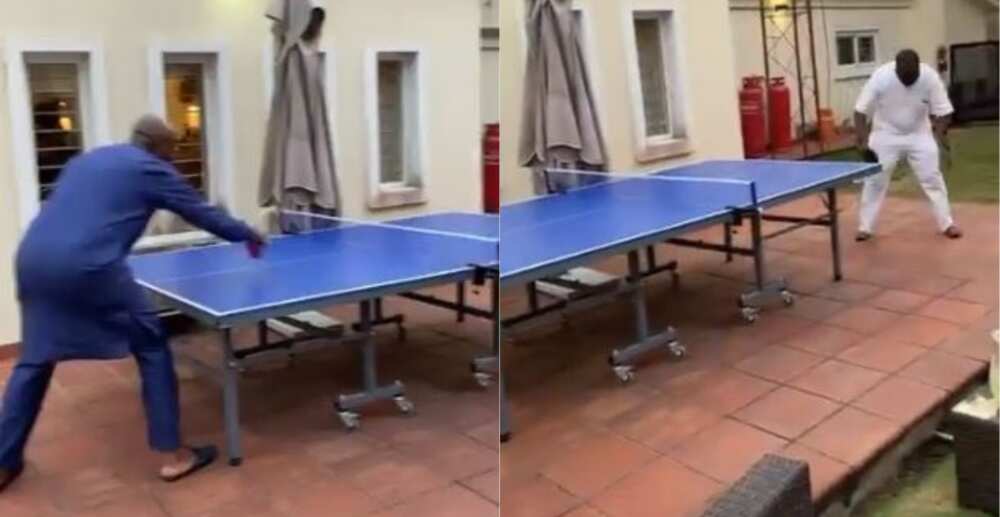 Bukola Saraki has shown that he is in excellent health condition. Photo: @bukolasaraki
Source: Twitter

In swift reaction, Nigerians have praised him for being in good health condition.

“With this good health, May Almighty God Make It easy for you and use it to serve this nation. 2023 president Of The Federal Republic Of Nigeria.”

“The kind of active forward minded pple we need in Aso rock Villa. Not an incompetent statue that’s currently occupying the place.”

Recall that Legit.ng had reported that the aim of engaging in physical exercise is not just to get sweaty or have “six-packs”, studies have confirmed that regular exercise changes the brain to improve memory and thinking skills.

This explains why world leaders, despite their tight schedules, find time for sports and physical exercises.

In this piece, Legit.ng takes a look at three Nigerian state governors captured in photos as they also engage in one sport/physical exercise or the other.

Days after testing positive for COVID-19, Governor Sanwo-Olu was seen working out as he tries to keep fit while in self-isolation.

The Lagos state governor’s pictures were shared by Gawat Jubril A, his senior special assistant on new media.

In a related previous report, Legit.ng shared pictures of Nigerian leaders such as President Muhammadu Buhari, former presidents Olusegun Obasanjo and Goodluck Jonathan as they also engaged in some physical exercises.

The report embedded pictures of President Buhari, Obasanjo, and Jonathan as they trek an 800-metre distance, play football and jog respectively.

The strongest man in Nigeria – On Legit TV