Pep Guardiola who is the coach of Premier League giants Manchester City has been hailed by Barcelona legend claiming that the Spaniard has something special in his coaching styles.

There is no doubt about the fact that Pep Guardiola is among the best coaches in the world considering all the trophies the Spaniard has won at Barcelona, Bayern Munich and Man City.

Guardiola and Lionel Messi won many titles at Barcelona and the Argentine has also been linked with a move to have reunion with the Spaniard at the Etihad stadium.

Pep and Messi teamed up to make Barcelona perhaps the greatest club side of all time during a trophy-laden four-year period at the Camp Nou.

And the Argentine has spoken highly of his former mentor which will only serve to heighten speculation.

According to the report on Mirror, Lionel Messi claimed that he is so lucky to have played under Manchester City manager Pep Guardiola.

“Pep has something special. He makes you see things in a wonderful way, how he prepares for games, how to defend, and how to attack.

“I was lucky to train under Guardiola and Luis Enrique, the two best. Having them made me grow a lot physically and mentally, and also the tactical wisdom they’ve taught me.” 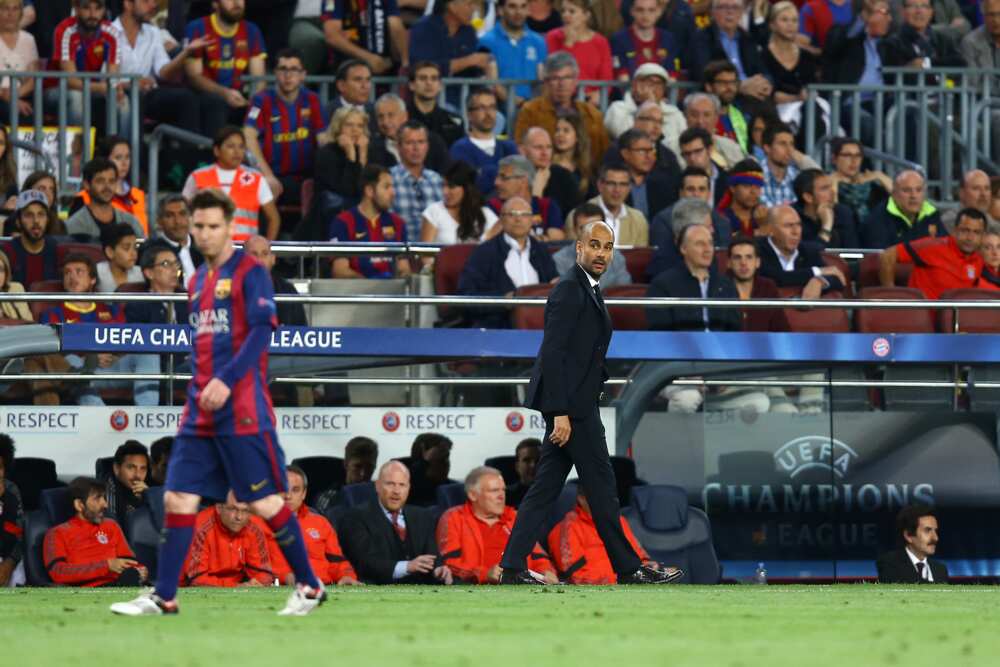 Earlier, Legit.ng had reported how Lionel Messi has overtaken legendary Pele to become the player with most goals for a single club in football history which is one of his staggering records that will be difficult to break.

The Barcelona legend now tops the list of players with most goals for one club after netting for the Spanish La Liga giants in their win over Valladolid on Tuesday night, December 22.

The goal the Argentina international scored in the 65th minute takes him to 644 thereby breaking the record of Brazilian football legend Pele who had 643.

Messi is also la Liga’s all-time record scorer with 451 goals and counting, while Cristiano Ronaldo who was at Real Madrid between 2009 and 2018 had 311 La Liga goals.

Before his move to Juventus, CR7 played 292 matches for Los Blancos and had a goal ratio of 1.07.