– The Plateau state government has reacted to the increase in kidnappings, and other violent crimes within the state

Anyone found guilty of engaging in kidnapping in Plateau state will face a death sentence following the enactment of a new law.

The Tribune reported that the law came into force after the ratification of the anti-kidnapping, anti-land grabbing, cultism, and other anti-violence related matters bill by Governor Simon Lalong. 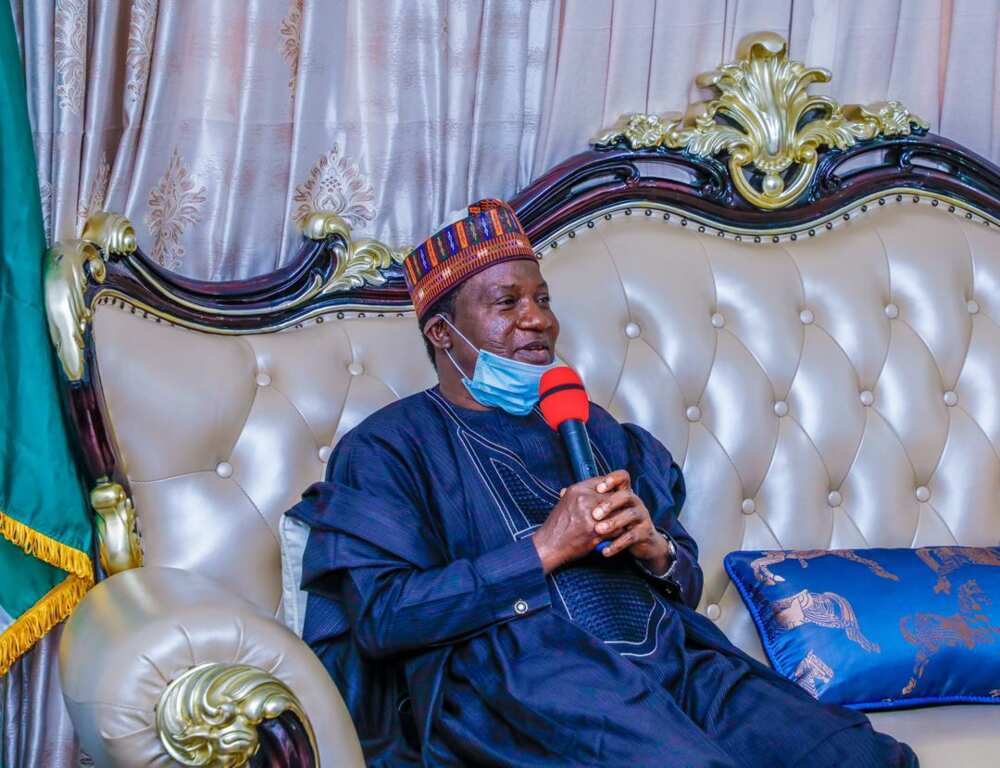 The governor said the bill was passed into law because of the increase in kidnappings, land grabbing, and other violent crimes within the state.

“As a responsible government, we cannot fold our arms to see people being terrorized by criminals who are clearly out to cause mayhem.

This new law will deal with anyone caught in the act and I urge security agencies to be on their toes and ensure that culprits are apprehended and made to face the law.”

According to The Sun, Lalong explained that the law stipulates a death sentence for those convicted for kidnapping while those found guilty for cultism shall be jailed for a minimum of 7 years.

He said others involved in meting out violence on anyone risk spending up to 10 years in jail upon conviction.

In another news, Governor Yahaya Bello of Kogi has gone to address the challenges of insecurity in the north-central state.

The Kogi state governor was seen in several viral pictures rocking military uniform as he reportedly stormed Irepeni forest in Kogi Central to identify with the military men and women combating criminals in the state.

The pictures where shared on Twitter on Wednesday, December 23, by Promise Emmanuel who identified himself as the chief press secretary to the deputy governor of Kogi state, Chief Edward Onoja.