10 dangerous women that every man must avoid revealed, number 5 is very important

Insecurity: Nigerian governor advocates for states to secure their space

The Citizens went into this game with the hope of going into the top four and Pep Guardiola and his wards did themselves lots of good in this Premier League encounter.

Manchester City started the encounter on an impressive note with Raheem Sterling delivering a super pass for Kevin De Bruyne who failed to find the back of the net.

Ilkay Gundogan eventually got the first goal for Manchester City in the 14th minute, and it was Raheem Sterling who created the assist for the brilliant goal.

Newcastle United tried all their best to restore parity in the first half, but they were unable to get the needed goal against Manchester City at the Etihad.

The first half of this Premier League game ended with Manchester City taking the lead to the dressing room in front of their fans.

Ferran Torres scored the second goal for Manchester City in the second half as Pep Guardiola and his men recorded a perfect win in the Premier League tie. 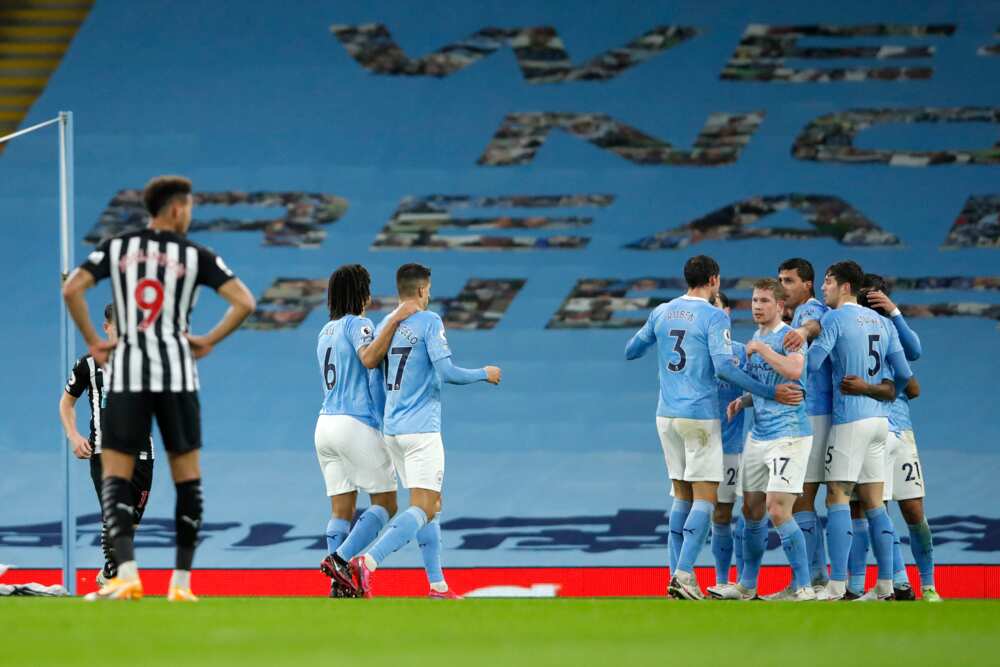 Earlier, Legit.ng had reported how Pep Guardiola who is the coach of Premier League giants Manchester City has been hailed by Barcelona legend Messi claiming that the Spaniard has something special in his coaching styles.

There is no doubt about the fact that Pep Guardiola is among the best coaches in the world considering all the trophies the Spaniard has won at Barcelona, Bayern Munich and Man City.

Guardiola and Lionel Messi won many titles at Barcelona and the Argentine has also been linked with a move to have reunion with the Spaniard at the Etihad stadium.

Pep and Messi teamed up to make Barcelona perhaps the greatest club side of all time during a trophy-laden four-year period at the Camp Nou.

And the Argentine has spoken highly of his former mentor which will only serve to heighten speculation.