Cesar Azpilicueta was heard venting his frustrations at Arsenal players while sitting on the bench during the London derby, Mirror.

Reece James was preferred in the back right-back position as the Blues were defeated by 3-1 at the Emirates by Mikel Arteta’s side.

The Gunners recorded their first Premier League win in ten matches as they began their revival in the English topflight division. 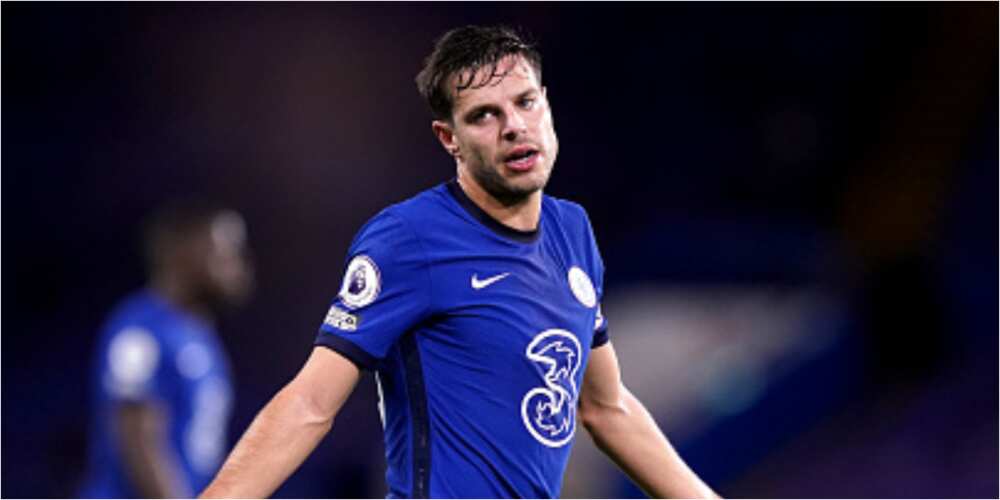 Pablo Mari who replaced sick David Luiz in center-back went down to receive treatment as Chelsea looked like coming back into the match while it was 3-1.

However, the frustration was too much for Azpilicueta as he was heard shouting from the stands:

“Another one on the floor.”

Chelsea had a late penalty saved by Bernd Leno after Jorginho’s attempt was saved for the second time this season.

Tammy Abram pulled one back in the 85th minute after Arsenal had gone 3-0 up but the penalty loss further dented the Blues hopes of getting back into the match.

After the game, Frank Lampard felt his side should accept responsibility for their performance on the pitch.

“We fought in the second half but in the first half we gave ourselves too much to do. The players who came on added speed energy and intensity.

“I am angry because I want us to win games. It was an opportunity to go second. You get what you deserve.”

Meanwhile, Legit.ng had earlier reported that Bukayo scored the goal of the match as Arsenal returned to winning ways following their 3-1 win over Chelsea in the London derby.

The 19-year-old chipped the ball over Edouard Mendy in goal which looked like he was attempting a cross as the ball dropped into the back of the net.

But the England international has dismissed suggestions that his wonder-goal was a mere fluke after the replay showed he spotted Alexander Lacazette in the box before making the attempt.