A group has announced its plan to embark on a #March4Nigeria rally to consolidate the gains of peaceful protest in Nigeria.

The group commending the #EndSARS protesters for their efforts said the gains of the protest cannot be politicized since the federal government has announced the ban of the Federal Special Anti-Robbery Squad unit.

A statement signed by Augustine Adie, its leader on Friday, October 16, the group said the momentum gathered by the #EndSARS protest should not be lost as a result of politicization or ethnicity.

Osinbajo apologises to EndSARS protesters, reveals why Nigerians are angry with Buhari’s govt

Adie said it is time to end the ongoing #EndSARS protest and begin another chapter in ensuring the country advances towards desired development. He said:

“We are therefore calling on all Nigerians to participate in the #March4Nigeria taking place across cities in the country and the world over.”

Describing the march as a platform to help refocus on the holistic reforms needed want as a people, Adie said the #EndSARS protest should not be left to usurpers. 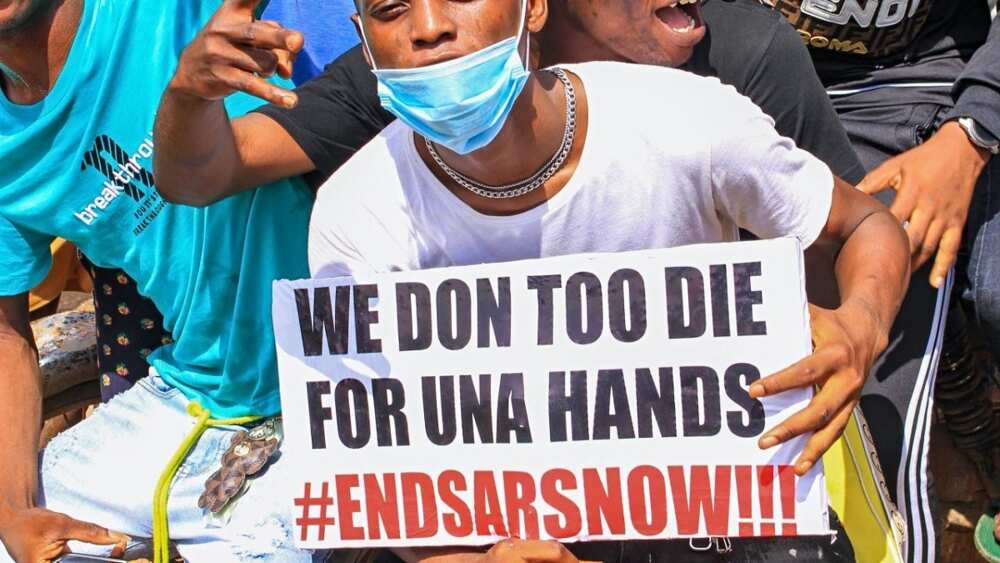 The group said there will be a #March4Nigeria rally across states of the country.
Photo credit: blogs.lse.ac.uk
Source: UGC

Adie said the group wants to use the opportunity to clarify that the youth spoke out not just because of the criminality and impunity of the few operatives of the defunct SARS.

He said the underlying spirit of the protest is a vocalization of our yearnings and freedom, which have been trampled and repressed for too long.

“After achieving this much standing together as citizens, we must not allow narrow interests and hidden agenda of a few destroy our country.”

Meanwhile, Legit.ng previously reported that the inspector general of police, Muhammed Adamu, had assured Nigerians that justice would be served on behalf of all victims of SARS and police brutality in Nigeria.

Adamu said a police investigation team will be constituted to map out abuses and ways to address them while making sure that perpetrators are brought to justice.

The IGP’s remarks followed the ban of the FSARS after a directive by President Muhammadu Buhari.

The president’s directive was an offshoot of the #EndSARS protest by Nigerian youths across various states of the country.