– Zainab Abiola has revealed that there is a cell at Aso Rock, Nigeria’s seat of power

– The lawyer disclosed this after someone was arrested in her presence

– Abiola is a counsel to Ibrahim Magu, suspended EFCC boss

In what will come as a big surprise to many Nigerians, Zainab Abiola, counsel to Ibrahim Magu, suspended acting chairman of the Economic and Financial Crimes Commission (EFFC), has revealed that there is a cell in Aso Rock.

She disclosed this when she spoke with The Cable about how she was walked out of the panel set up to probe corruption allegations levelled against his client.

The incident occurred when Ayo Salami, head of the panel, refused Abiola and Aliyu Lemu to join Wahab Shittu, Magu’s lead counsel, at the venue.

According to her, it is wrong for the panel to refuse Magu’s lawyers access to their sitting.

“This is a democratic dispensation, you cannot bring military tactics, a Hitler’s Gestapo rule to this type of occasion,” she said.

“He called the DSS, they were fully armed. So, we left. But the other lady, Fatimah, was bundled and put in a cell, in a prison cell. So, there is a prison in the presidential villa? Nigerians should worry for themselves,” she added. 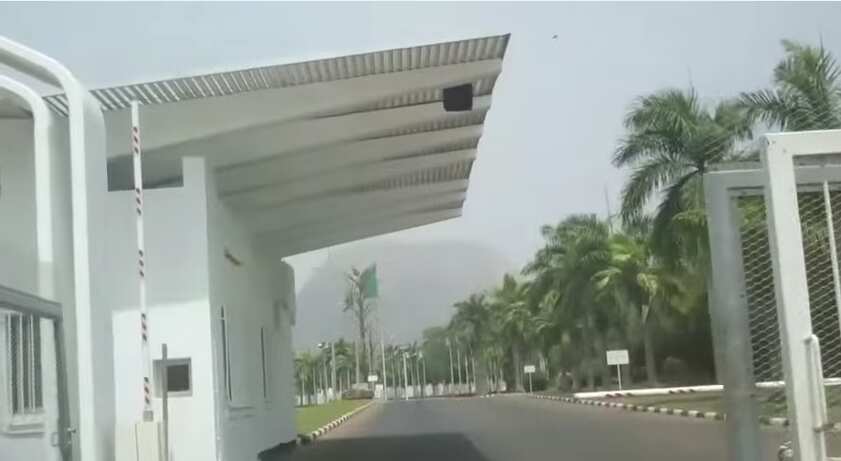 Zainab Abiola has revealed that there is a cell at Aso Rock, Nigeria’s seat of power
Source: UGC