– A spokesperson for the command, Catherine Anene, disclosed what is being done to apprehend the killers

The Benue state police command has confirmed the killing of Terkula Suswam, an elder brother of a former governor and now senator, Gabriel Suswam.

The spokesperson for the command, Catherine Anene, in a statement on Wednesday, March 3, disclosed that Terkura and his aide, Solomon, were killed by unknown assailants at Elohim Plaza, Anyiin. No arrest has been made yet regarding the killing of Terkula Suswam
Photo: Gabriel Torwua Suswam
Source: Facebook

According to The Nation, the spokesperson said the victims were supervising work on the plaza when they were shot and later confirmed dead at a hospital. 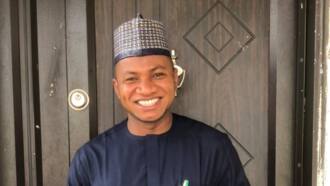 The statement from the police read:

”At about 1930hrs information was received that while Dr Terkura Suswam and his aide, Mr Solomon, sat opposite his house at Elohim Plaza, Anyiin,to supervise repairs at the said plaza, yet-to-be identified gunmen, who drove in a Toyota Camry vehicle, attacked and shot him and his aide.

” A team of police officers on patrol in the area rushed to the scene and conveyed the victims to NKST Anyiin Hospital where they were eventually confirmed dead.

“Their corpses have been deposited at the hospital for autopsy.”

The command said the Benue commissioner of police has ordered an investigation into the killing.

In another news, the Inspector-General of Police (IGP) Abubakar Adamu, has asked Igbo political, religious, and traditional leaders to caution the proscribed Indigenous People of Biafra (IPOB) and its security outfit, Eastern Security Network on their activities in the southeast region of Nigeria.

The IGP gave the counsel on Tuesday, March 2 in Awka when he spoke during the ongoing Anambra state security summit.

IGP Adamu who was represented by the Deputy Inspector General of Police in charge of finance and administration, Joseph Egbunike, advised the groups that freedom will not be achieved through violent means.