– Oyindamola made a drawing of the actress’ name on her arm

A fan simply identified as Oyindamola tattooed actress Nkechi Blessing on her arm but the film star does not seem impressed by the show of love.

Taking to her official Instagram page, the actress shared a photo of the fan’s arm while asking if the tattoo is not a permanent one.

Nkechi asked if fans are now tattooing the name of their favourite celebrities on their bodies. According to her, she does not have any money to give whoever tattoos her name on their body.

A close look into the arm of the fan shows: ‘NBS to the world.’ 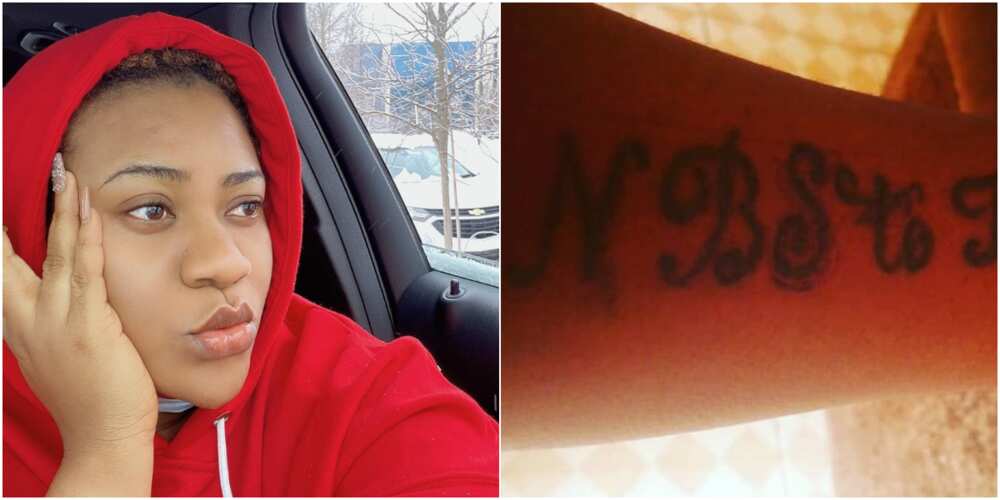 Actress Nkechi Blessing Sunday reacts to a fan who tattoed the actress’ name on her body.
Photos: @nkechiblessingsunday
Source: Instagram

The film star stated that she is also looking for someone to tattoo on her body so that she can get money from it.

Noting that she loves the fan, the actress said she will not be getting anything from her more than the post she made on her Instagram page.

“Na the new trend be this? Aunty Oyinda I just hope those ain’t permanent tattoo..Cus OYO Le wa oooo. me sef Dey find who to draw wey go dash me small thing..I love you ooo but you ain’t getting more than this very post. I no Dey claim wetin I no be..IRE ooooo.”

In other news, Legit.ng earlier reported that Bobrisky finally gave money to a fan who was allegedly beaten up for getting a tattoo of the crossdresser. 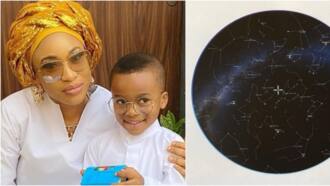 Tonto Dikeh invites 10 people to official viewing of son’s star, explains what it means to buy one

The young lady had inked Bobrisky’s picture on her back and she shared the video on social media. After the video went viral, the crossdresser thanked her for showing love and that was where it ended.

The lady took to social media to lament about how some people in Ikorodu area of Lagos recognised her for getting a tattoo of Bob then proceeded to rough-handle her.

Bob then decided to reward her with some money, promised to buy her a phone and to also take her to Dubai.