Tension at Tottenham as players turn on Mourinho after consecutive defeats

Spurs have continued their poor run of form with three straight defeats and their latest was at the hands of London rivals, West Ham.

The stats are currently nothing to write home about for the club and coach following Mourinho’s longest ever winless run in his career. 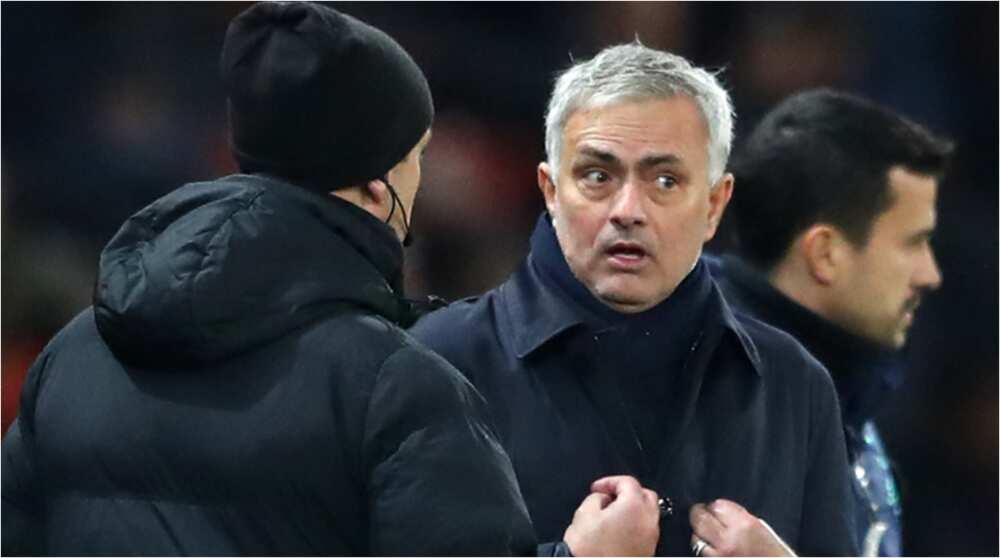 The Special One was accused of being out-dated in his approach but he hit back at critics when questioned about his poor run of form.

According to reports from Mirror, the Lily White’s dressing room are beginning to become unhappy with the Portuguese gaffer.

It is understood that the club are worried about being too defensive in their approach matches, something that was totally opposite when Mauricio Pochettino was manager.

The match against Liverpool was cited as an example where the former Chelsea and Man United manager was teaching his players how to defend for throw-ins.

Tottenham who once went top of the Premier League table are now in ninth position as their top-four hopes are all but over.

Spurs’ next game are away at home to Wolfsberg in the Europa League last 32 then play Burnley and Fulham. 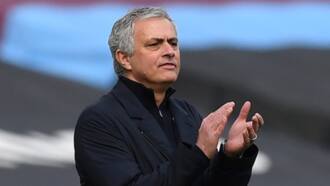 Meanwhile, Legit.ng had earlier reported that Jose Mourinho still believes he is the best coach in the world despite losing to David Moyes’ West Ham over the weekend, Sport Bible.

Lucas Mouras’ second-half header was not enough to cancel out Michael Antonio and Jesse Lingard’s goals as the Hammers grabbed all three points.

However, Spurs created several chances through Harry Kane and Gareth Bale but it did not affect the outcome of the result.