– The box was filled with sport wears for the talented lady

– BBNaija star, Erica reacted to the news and asked Beyonce to send her a box too

Teenage South African comedian, Elsa Majimbo, is no doubt having the time of her life after her rise to fame. Her fame spread across the country and even to international levels.

A number of celebs had been sent Ivy Park boxes including Elsa and she took to social media to share the good news. 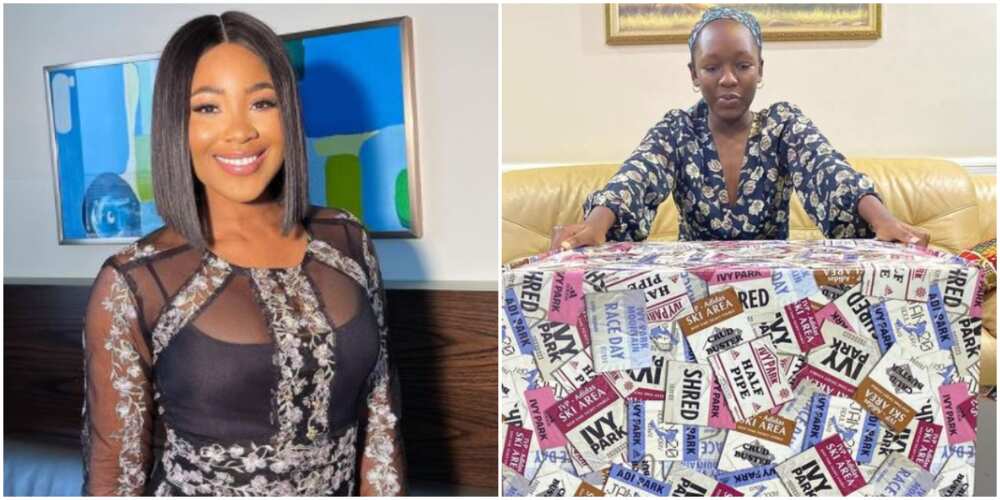 The teenager shared photos of herself hugging the big box and thanked Beyonce for the gift. Her fans also reacted to the post by congratulating her for being recognised by the singer.

BBNaija 2020 star, Erica Nlewedim, also reacted to Elsa’s good fortune. She shoot her shot at Beyonce in hopes that she would also send her an Ivy Park box.

“Beyoncé send me my own”

In other news related to Elsa Majimbo, Legit.ng earlier reported that the teenage comedienne was thrilled to be on the cover of Teen Vogue magazine.

Elsa Majimbo has not only proved that she is a chess champion, but also a boss babe who keeps making solid goals and moves one interview at a time.

Owolawi Taiwo is an entertainment and lifestyle journalist at Legit.ng with over two years working experience in the media industry. She has a degree in English and International Studies from Osun State University, Osogbo.

When she is not reporting on celebrity lifestyle, you will find her listening to music, reading, learning new recipes, or remembering awkward situations she has been in and laughing at herself.