– A congresswoman, Marjorie Taylor Greene, has disclosed why she filed articles of impeachment against President Biden

– Greene made some serious allegations against the president

President Joe Biden is facing articles of impeachment which were filed against him by a Republican congresswoman, Marjorie Taylor Greene.

“I’ve just filed articles of impeachment on President Joe Biden, we will see how this goes.” 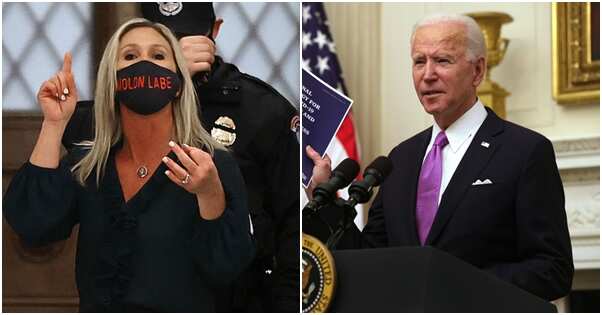 Greene also released a statement where is accused Biden of corrupt actions involving exchanges with Ukraine.

She claimed the president had allowed his son Hunter to ‘siphon off cash from America’s greatest enemies, Russia and China’. 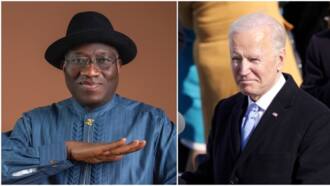 The lawmaker further claimed that Biden is unfit to hold the office of the presidency.

She accused ‘him of abuse of power during his time as vice president in the Obama White House, and accusing him of “blatant nepotism” with regards to his son Hunter.

“President Biden has demonstrated he will do whatever it takes to bail out his son, Hunter, and line his family’s pockets with cash from corrupt foreign energy companies.”

Meanwhile, the travel ban place on nations like Nigeria, Eritrea, Yemen, and Sudan by the Donald Trump-led administration has been lifted by President Joe Biden, the recently-inaugurated leader of the United States.

This is one of the 17 executive orders issued by President Biden just after the inaugural ceremony that installed his government, The Nation reports.

Reverting the earlier policy of his predecessor, Biden described it as discriminatory and as such, an assault on what the US stands for. 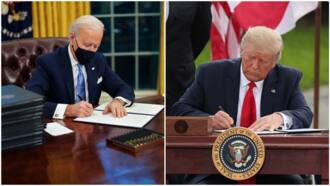 In another report, a former Nigerian president, Goodluck Jonathan, has expressed the hope that the Biden administration will lead to a mutually beneficial relationship between the US and Africa.

Jonathan made the statement via Twitter on Thursday, January 21, when he congratulated Joe Biden and Kamila Harris on their inauguration as president and vice president of the United States of America.

He pointed out that the election of Biden and Harris is proof that democracy is not a destination but a journey.