– Other nations that have benefitted from this new order by President Biden are Eritrea, Yemen, and Sudan

The travel ban place on nations like Nigeria, Eritrea, Yemen, and Sudan by the Donald Trump-led administration has been lifted by President Joe Biden, the recently-inaugurated leader of the United States (US).

This is one of the 17 executive orders issued by President Biden just after the inaugural ceremony that installed his government, The Nation reports.

Reverting the earlier policy of his predecessor, Biden described it as discriminatory and as such, an assault on what the US stands for. 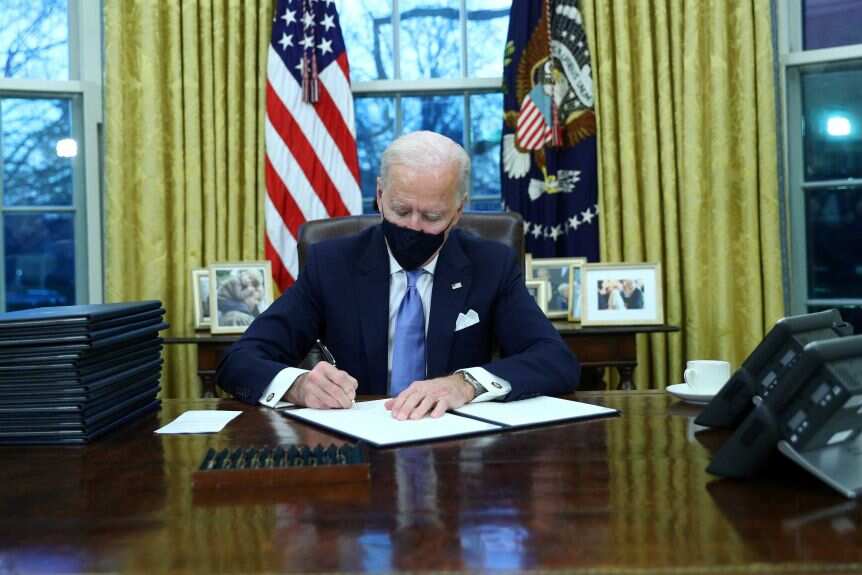 Before this order, the president had forwarded a bill to Congress to completely change the country’s immigration system.

Earlier, Biden had signed 17 executive orders right after his inauguration on Wednesday, July 20, to undo some of the things put in place by Trump.

The 46th US president was signing a flurry of executive orders, memorandums, and directives to agencies.

“I’m going to start by keeping the promises I made to the American people.”

With the executive orders, President Biden has stopped the funding for the construction of Trump’s border wall.

He also reversed several of Trump’s attempts to withdraw from international agreements, beginning the process of rejoining the Paris climate accord and halting the United States’ departure from the World Health Organization (WHO).

Legit.ng gathered that President Biden’s first executive order was to impose a mask mandate on federal property, a clear depart from Trump’s approach to the coronavirus pandemic.