Blasphemy: High court reveals why Kano singer must not be sentenced to death

– A musician in Kano state, Yahaya Sheriff, has appealed the death sentence handed to him by a Sharia court

– However, Sheriff still has a case to answer about the allegations against him

The Kano State High Court has set aside the death sentence passed on a musician, Yahaya Sheriff Aminu, by a Sharia court for alleged blasphemy.

Premium Times reported that the court while hearing the appeal, ruled against the conviction on the grounds that the trial of the accused was laced with procedural errors. 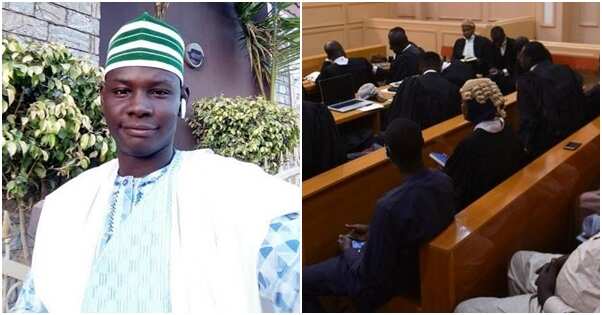 According to the publication, Kola Alapinni, the counsel to Sheriff stated that the court ordered a retrial by the Upper Sharia Court.

“..But the case has been remitted back to the sharia court for a retrial due to procedural irregularities.” 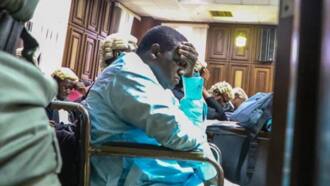 The Guardian reported that the trial judge, Justice Nasiru Saminu, pointed out that Sheriff was not given a fair hearing.

The judge reportedly directed the retrial of the case should be handled by another Sharia judge.

The death sentence passed on the singer had generated condemnation from some groups in the country.

Legit.ng recalls that the Nigerian Bar Association (NBA) disclosed that it was going to intervene in the Sheriff case.

The lawyers’ association said the NBA president, Olumide Akpata, had set up a two-man fact-finding committee to look into the matter.

The committee was mandated to visit the Federal Correctional Centre in Kano to find out the circumstances surrounding the reported refusal of the authorities to allow lawyers access to the convict.

In another case, a Federal High Court in Abuja has ordered the Nigerian police to release Mubarak Bala, a Facebook user who was detained for allegedly using his account to post a message considered to be blasphemous to Islam.

Daily Trust reported that the court declared that the arrest and detention by the police were as an infraction of Bala’s rights to personal liberty, fair hearing, freedom of expression.

Justice Inyang Ekwo who delivered the verdict also ordered the police to pay the sum of N250,000 as general and exemplary damages to the defendant.