– The cause of the fire was disclosed by a firefighter

Traders have been counting losses after a section of the Sokoto central market was damaged by fire on Tuesday, January 19.

An official of the state fire service told TVC News that the fire started as early as 5am.

Daily Trust, citing an unnamed firefighter reported the fire started from a generator. 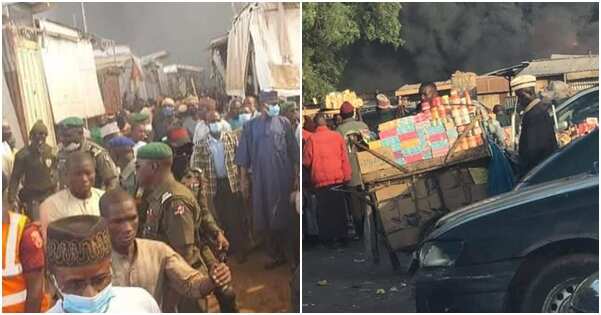 Picture from the scene of the market fire.
Photo: @AWT_Agenda
Source: Twitter

According to reports, traders joined men of the federal and state fire services to extinguish the fire which had already destroyed many shops. 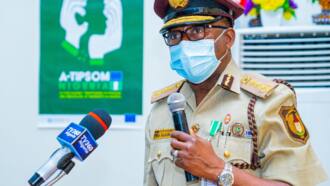 Meanwhile, the National Bureau of Statistics (NBS) has disclosed that Nigeria’s inflation rose to 15.75 % in December 2020, its highest level in 32 months.

In another news, Mohammed Babandede, the comptroller general of the Nigerian Immigration Service (NIS) has revealed why the closure of Nigeria’s borders was a great idea for the country.

Still on the economy, the ministry of finance has confirmed the plan by the Nigerian government to sell some government-owned properties to fund the 2021 budget.

Nigeria’s finance minister, Zainab Ahmed, at a presentation in Abuja on Tuesday, January 12, told stakeholders that the government plans to sell and concession government-owned properties and non-oil assets.

A copy of the presentation by the minister showed that the sales of government property and non-oil asset sales were listed under the additional financing section of the document.