The Kaduna state government has announced that all schools within the state must remain closed until further notice.

The state’s permanent secretary, ministry of education, Phoebe Sukai Yayi, disclosed that schools in the state will not resume on Monday, January 18, as approved by the federal government. According to Daily Trust, Yayi in a statement on Sunday, January 17, stated that the order mandating the closure of schools in the state also extends to federal institutions. 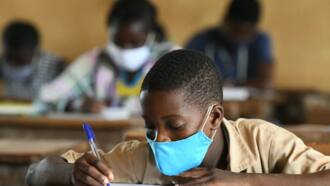 She said a date for the resumption of schools will be announced after the government’s assessment of the COVID-19 situation in the state.

“We want to make it categorically clear that Kaduna State is yet to fix a date for resumption to schools.

According to Vanguard, Yayi also noted that approvals were given to the National Open University and Kaduna Polytechnic to conduct exams for their students following a written request by both institutions.

She stated that Ahmadu Bello University did not make any similar requests in writing and must remain closed like any other school in the state.

Meanwhile, the reopening of schools slated for Monday, January 18, is generating hiccups as the House of Representatives faulted the decision, citing a surge in COVID-19 cases.

Reacting to the January 18 directive in a statement, Julius Ihonvbere, chairman of the House committee on basic education, said the reopening will pose a threat to the fight against the second wave of COVID-19.

Ihonvbere said the legislative arm was not reached before the federal government arrived at the decision, adding that the resumption date be postponed by three months, The Cable reported.